Detector dog Marley sniffs out €1.8 MILLION worth of cannabis in Cork

A MAN has been arrested following the discovery of a large quantity of cannabis in County Cork.

Revenue officers confirmed that a man in his 20s, a Polish national, was detained and arrested by Gardaí after the van he was driving was found to contain a whopping 90kgs of herbal cannabis.

The discovery was made yesterday afternoon, 9 March, at Ringaskiddy Ferry Terminal in County Cork as a result of "routine profiling" and with the assistance of Detector dog Marley.

The Labrador retriever sniffed out the enormous quantity of cannabis-- believed to have a street value of €1.8 million-- which was hidden in the van the arrested man was driving. 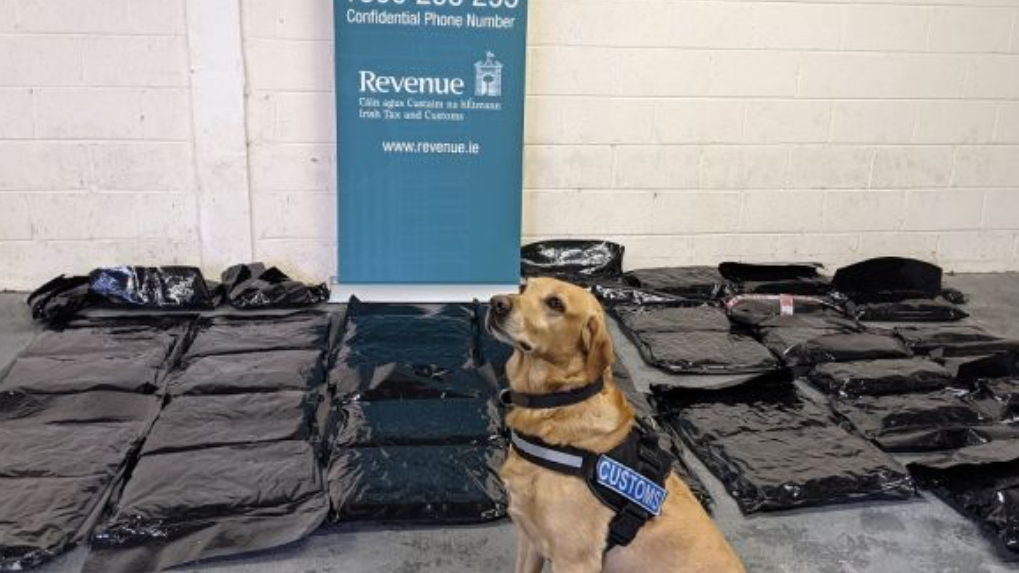 The Polish-registered vehicle had arrived into Ringaskiddy Ferry Terminal from Roscoff, France, and was discovered to contain 37 separate packages of cannabis which had been "deeply concealed" within panels of the van.

The seizures are part of Revenue's ongoing operations targeting the importation of illegal drugs, and Revenue officials have urged anyone with information regarding the smuggling of drugs into Ireland to contact officials.

Any business or member of the public who have suspicions are told to contact Revenue in confidence on 1800 295 295.