Detector dogs Bailey, Sam and Flynn have assisted in making significant illegal drug finds at Rosslare and the Dublin Mail Centre; while Mobile Xray Scanners have assisted in all 3 seizures including Cigarettes at Dublin Port.

€100k of Drugs at Dublin Mail Centre, €12.2 M at Rosslare and €5M worth of Cigarettes seized at Dublin Port

Consignments of Cigarettes worth over €5 million have been seized at Dublin Port this week.

Hidden inside machinery, Revenue officers with assistance of detector dogs Sam and Flynn discovered approximately 88kg of what they believe to be Heroin.

A truck and low-loaded was searched at Europort, having travelled from mainland Europe.

The illegal drugs were found by the Revenue officers using mobile x-ray scanners and detector dogs Sam and Flynn. Investigations are ongoing.
Following preliminary analysis, it is believed to be heroin with an estimated street value of €12.3m. 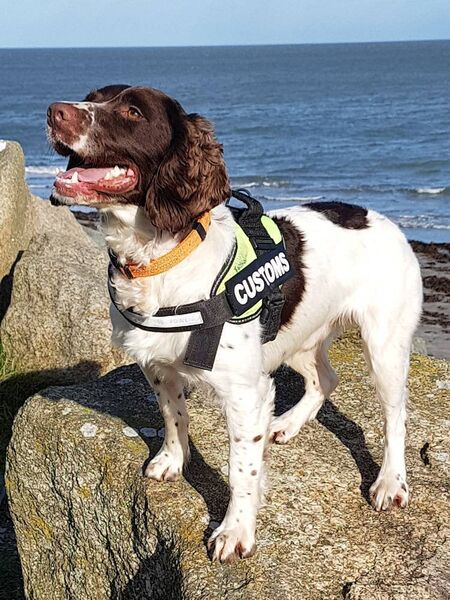 The illegal drugs have been discovered inside packages coming from the US, Canada, the UK, Spain and the Netherlands. Parcels were labelled or disguised as 'gifts', 'sports equipment', 'clothes', 'dog toys' and 'kitchen utensils'.

They were addressed to destinations in Dublin, Wicklow, Kildare, Kilkenny, Tipperary, Clare, Kerry, Leitrim, Antrim and the UK. 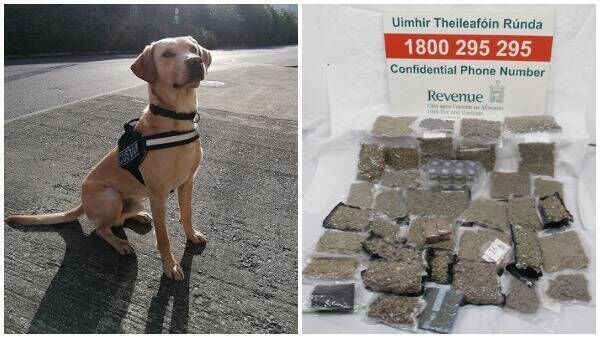 Valued at more than €5 Million, the consignment of 7.2Million cigarettes was discovered by the Revenue officers using a mobile x-ray scanner. 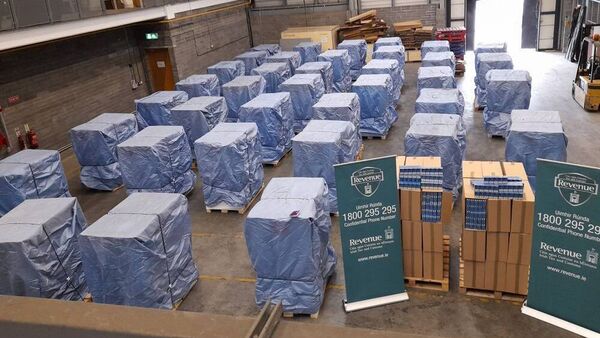