A DOG that spent 1,451 days in an animal shelter in Dublin has finally found a new home.

The white Akita - called Navy - has been adopted at last after spending nearly four years at the Dogs Trust shelter in Finglas.

He arrived in May 2016 when he was thought to be around three years old, after suffering very obvious mistreatment.

"It was clear life had not been kind to him," the animal shelter said when he arrived.

"He found it difficult to trust people and the world seemed a scary place to this gentle giant."

Navy apparently became very close with Andy Harold, one of his carers, and slowly gained his trust.

Navy allowed Andy to teach him how to sit, how to walk on a lead and that humans touching him wasn't something to be afraid of. 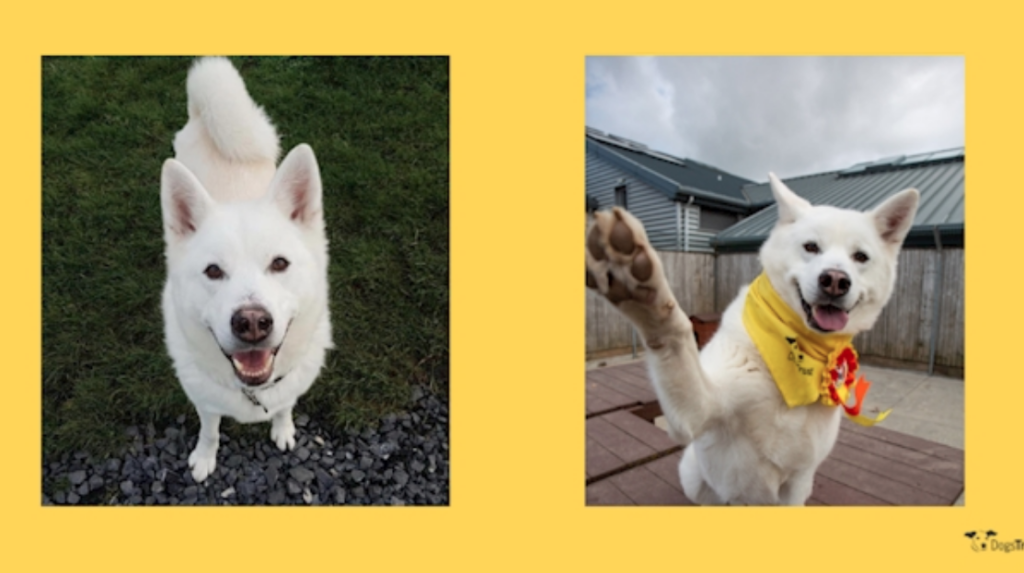 "Once Navy began to feel more comfortable around people, it wasn't long before he was one of the top dogs here at Dogs Trust," said fellow carer Niamh McGrath.

"He was named Funniest Dog in the centre and would make us all cry with laughter with his silly antics every time he was taken out for a walk."

But even though he was making progress, Navy was still very uncomfortable meeting new people, making it extremely difficult to find him a home.

After years of trust-building exercises and rehabilitation, potential owners for Navy arrived at the shelter to meet him in February, who agreed to take things slowly, to make Navy feel as comfortable as possible.

"They understood that it would be a slow and gentle process getting to know him, and they were more than happy to go at Navy's pace. As time went on and with lots of regular meetings and home visits, an amazing bond blossomed," the shelter said.

"One night, he went for a sleepover with them, and the very next day, Ireland went into lockdown. It was like it was meant to be that Navy wouldn’t be coming back to our centre… and well, the rest is history."