DONALD TRUMP'S campaign manager has been left red-faced after tweeting a dramatic photo of Air Force One at the Daytona 500.

The snap, which shows the presidential jet taking off behind the grandstand of the NASCAR track, was posted by Brad Parscale who was looking to promote President Trump's visit to the venue this week.

Though he was forced to abruptly delete the tweet after users noticed that the photo was in fact from an occasion when George W. Bush visited the track in 2004, rather than Trump's visit on Sunday.

He tweeted: "@realDonaldTrump won the #Daytona500 before the race even started." 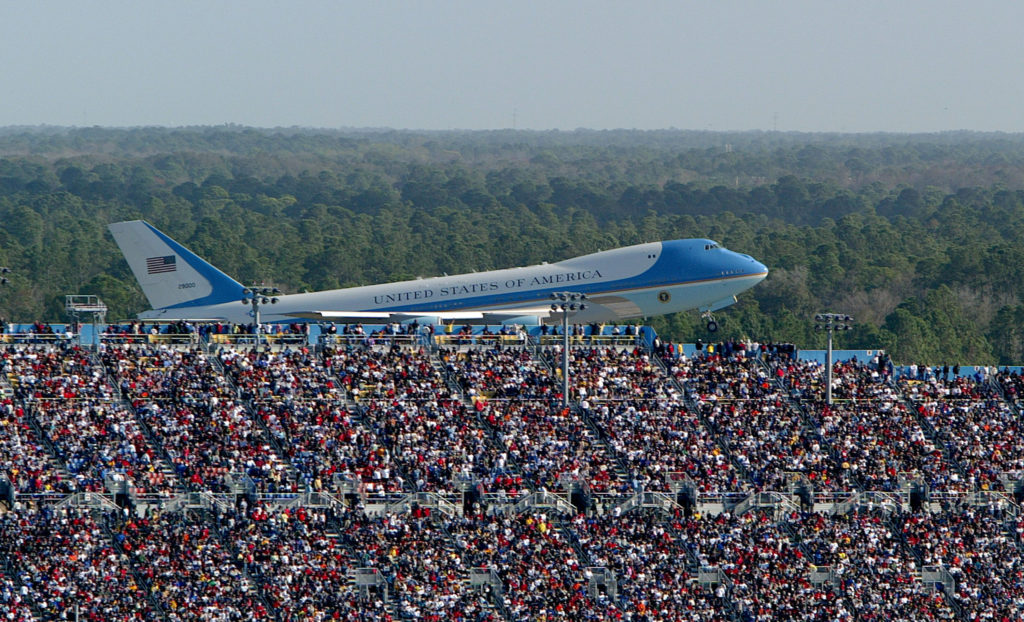 The photo used by Brad Parscale, which was unfortunately taken back in 2004, not on Sunday.

The tweet was 'live' for around three hours before the gaffe was spotted by Trump's team and the post removed. In that time, it garnered over 20,000 likes before it vanished.

The photo was taken by Jonathan Ferrey back in February 2004, as Air Force One took off from the adjacent Daytona Beach International Airport.

Ferrey himself spoke with CNN to deny his involvement in the day's proceedings, and had a little giggle at the mistake.

Parscale later replaced the tweet with a less dramatic photo with the same caption. Way to save face, Brad. Don't worry, no one noticed.