Donald Trump claims he 'up-played' seriousness of Covid-19, despite admitting he downplayed it last week

DONALD TRUMP has claimed he 'up-played' the threat of Covid-19, despite admitting to downplaying it last week.

Speaking at a town hall meeting in Philadelphia this week, the President responded to questions about why he chose to downplay the seriousness of a virus that he knew would wreak havoc with low-income families and communities.

"Yeah, well, I didn't downplay it. I actually, in many ways, I up-played it, in terms of action," he said.

The US leader was put on the spot last week after recordings were released, of a conversation that occurred back in February, which appeared to feature Mr Trump expressing concern over the the impeding threat of Covid-19.

"This is deadly stuff," he can be heard saying in the audio.

"You just breathe the air and that's how it's passed. And so that’s a very tricky one. That’s a very delicate one. It's also more deadly than even your strenuous flu." 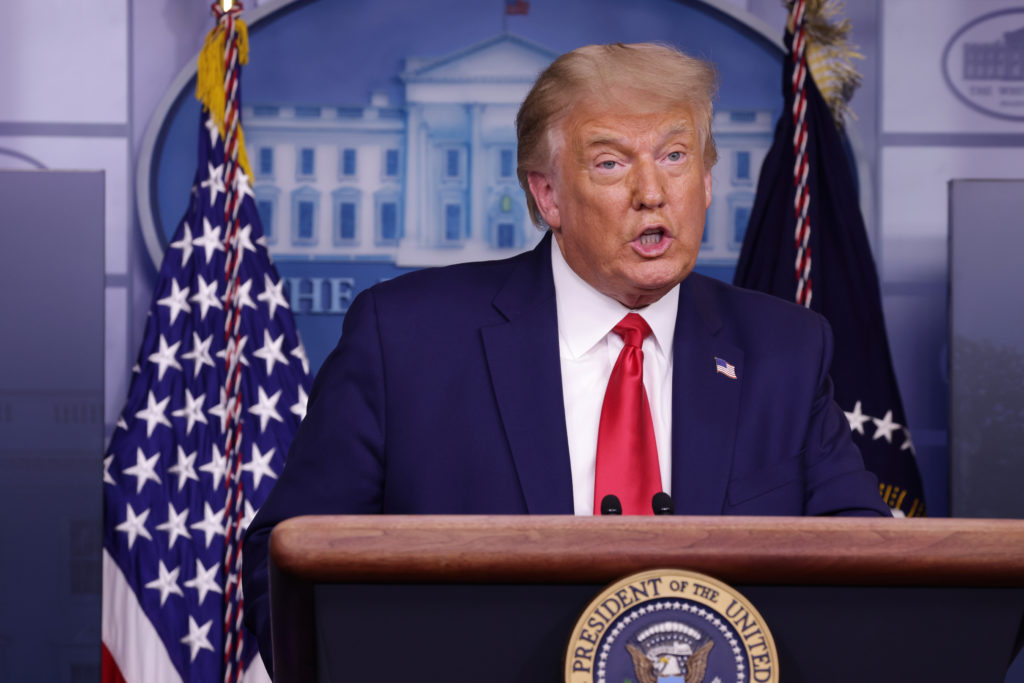 He was later criticised for adopting a rather contradictory public stance on coronavirus, which has been very dismissive - both of the disease's potency and of the severity of the pandemic itself.

Later in the week though, Mr Trump defended his decision to downplay the severity of the situation, claiming that he didn't want people to panic.

"I don't want to jump up and down and start screaming 'Death! Death!' because that's not what it's about," he said.

"The fact is, there has to be a calmness."

This brought with it accusations that Trump had lied to the American people, something the President denied, despite admitting to downplaying the severity of the virus.

"What I said is we have to be calm, we can't be panicked."

Highest number of Covid-19 patients in Irish hospitals since May