She said it would be the "perfect way" for the outgoing president to end his term in office because he "is against fake news and WikiLeaks is anti-fake news".

As one of the Assange's most high-profile supporters, Ms Anderson has been a vocal advocate of the activist's struggle for freedom to leaders around the world.

The former Baywatch star has also visited the WikiLeaks founder several times in London and described him as "the world's most innocent man" after one visit to Belmarsh maximum security prison in 2019.

Assange has so far had mixed luck in the UK courts, as they ruled against extraditing the Australian national to the US - where he faces a lengthy prison sentence if convicted at trial - but also denied him bail, which he had requested on mental health grounds.

If the dissident were to find himself in front of a judge in the US, he would likely be charged under an 18-count indictment for conspiracy to hack computers and to obtain and disclose national defence information. 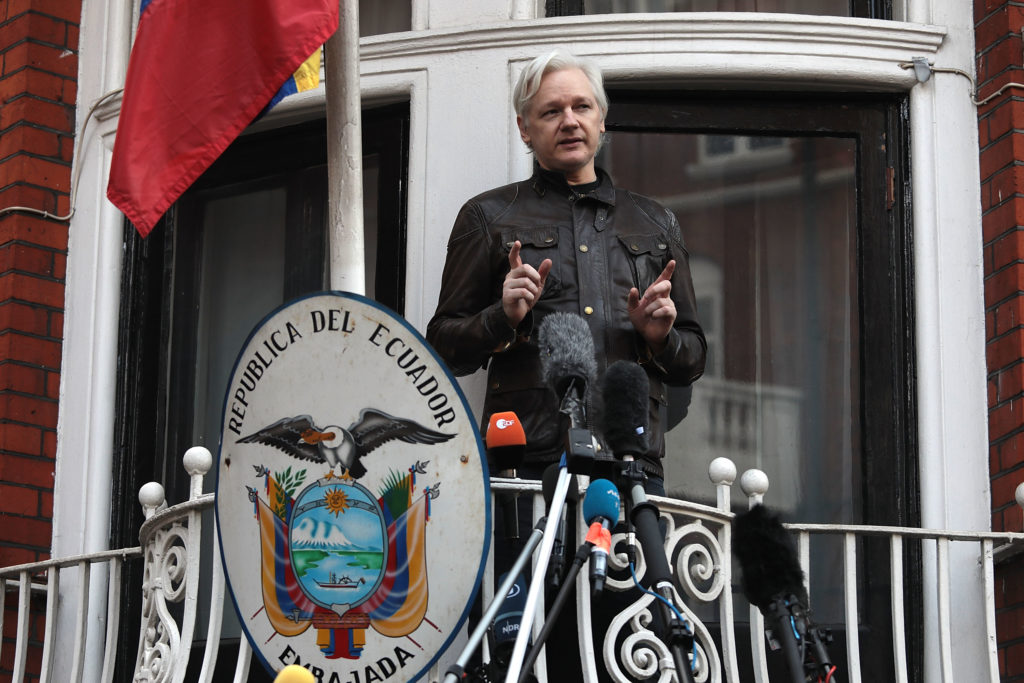 The 49-year-old father of two successfully sought asylum in the Ecuadorean embassy in London in 2012.

In 2019, after a seven-year stint spent confined to a room inside the building in Knightsbridge, his protection was revoked due to a change in Ecuadorian leadership, and he was removed by UK police to serve a 50-week prison sentence for skipping bail in 2012.

Should Mr Trump issue a pardon during his final 24-hours in office, it would need to be signed off before the keys to the White House are handed over to Joe Biden at midday on Wednesday.

Speaking to Piers Morgan and Susanna Reid on ITV's Good Morning Britain, the actress claimed to have access to Trump and verified that he is considering the pardon:

"I know he is debating and we will see what happens. He has until midday on the 20th and I hope he makes that decision because I think that could add a positive to his legacy.

"I think that he is obviously against fake news and WikiLeaks is anti-fake news. It would be a perfect way to go out."