DONALD TRUMP has defended his proposed border wall plans, claiming they cannot be "immoral" because the Vatican City has similar 40ft defences.

The President made the claims during an address at the White House that followed a meeting congressional Democrats.

Trump’s is demanding $5 billion to fund the wall he promised voters during his 2016 election campaign.

However, Democrats have blocked any funding proposals put forward by the President, resulting in a partial shutdown in government.

Trump has remained steadfast in his plans though, drawing a comparison between his proposed wall and the wall that currently surrounds the Pope’s residence in the Vatican.

“When they say the wall's immoral - well then you'd better do something about the Vatican, because the Vatican has the biggest wall of them all,” Trump said.

“The wall is immoral? Look at all of the countries that have walls, and they work 100 per cent.

“It's never going to change. A wall is a wall. We can have all the drones flying over the people last night as they tried to rush the border.

“The only thing that stopped them was the wall. If we have drones up there it's wonderful, we'll get nice pictures”. 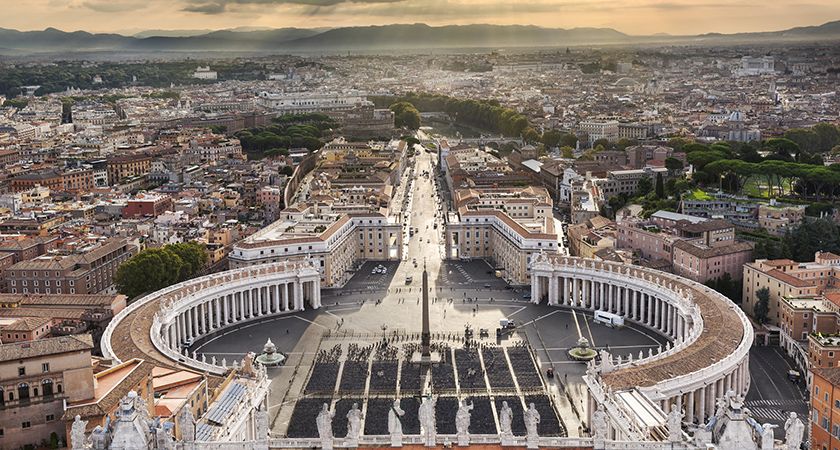 The Vatican boasts a 40-foot stone wall originally built in 852 followed a devastating raid on the sovereign state.

Those fortifications were later expanded in the 1640s, while the Pope’s Swiss Guard are still responsible for protecting the region.

It’s not the first time President Trump and the Pope have crossed paths.

Back in 2016, Pope Francis appeared to reference the President with the comment that it was “not Christian' to build walls rather than 'building bridges”.

Pope Francis: 'Those who build walls will become prisoners of the walls they put up'