A WOMAN from County Dublin has narrowly avoided prison time after she was arrested following a drunken incident that took place during her engagement party.

Dublin bride-to-be Martha Sanchez was detained back in December 2017 after first refusing to pay for a taxi before verbally and physically harassing Gardaí present at the scene.

Sanchez had been out celebrating her engagement with friends at a 'bottomless brunch' event in which unlimited amounts of prosecco are served.

However, according to the Irish Independent, the problems began when Sanchez and a friend decided to take a taxi back to her hometown of Swords.

Upon arrival, the pair refused to pay the €30 fare, despite reportedly agreeing on the price prior to departure. An argument erupted, with the driver calling the Gardai as a result.

When officers first arrived on the scene they were confronted by a combative and inebriated Sanchez, who called them "assholes and c**ts."

According to one of the officers in attendance, she then went to a cash machine and withdrew €20 but refused the hand the money over to the driver.

When Sanchez attempted to walk away from the scene, another argument erupted with the 29-year-old arrested as a result. 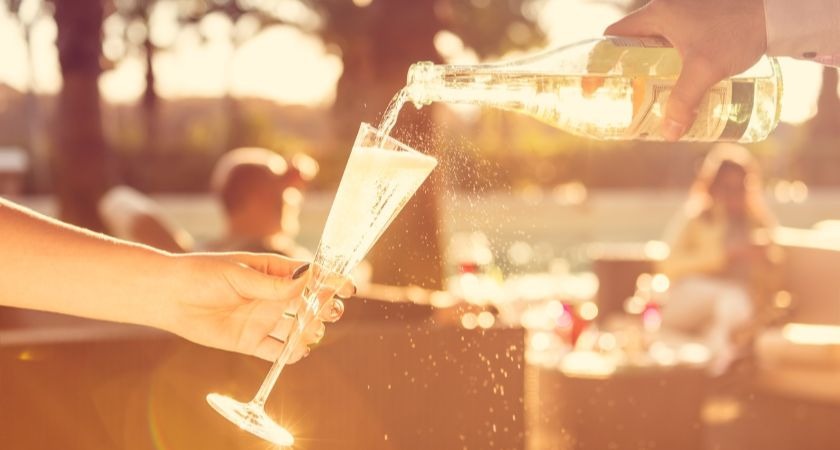 The situation then escalated further at Swords Garda Station, the Irish Independent reports, where Sanchez continued to verbally abuse attending Garda Elaine Duffy before attempting to run away from the station.

When she ended up falling over while trying to open the door to escape, Garda Duffy tried to administer first aid.

The inebriated Sanchez reacted badly to these attempts though, kicking and attempting to bite Duffy, leaving a blood-stained saliva mark on her police uniform as a result.

Charged with assault, violent behaviour in a garda station, being intoxicated and using threatening and abusive behaviour, Sanchez pled guilty to all of the charges, expressing shame and remorse over her actions.

She avoided jail time after agreeing to make a charitable donation of €2,000 split evenly between St Francis Hospice and the Hope Foundation.

Back in May, an Irish man was spared jail and hit with a €1,000 fine after being verbally abusive and disruptive on a flight back from Las Vegas to Gatwick in London.

Shane O'Grady, who was travelling as part of a returning stag party, pled guilty to acting in an aggressive manner towards staff after being refused alcohol.