Mr Donaldson was in Dublin on Friday, August 27 to meet with the Taoiseach – their first meeting since he was elected leader of the party in June.

The pair discussed a “wide range” of topics, the Taoiseach confirmed following the meeting. 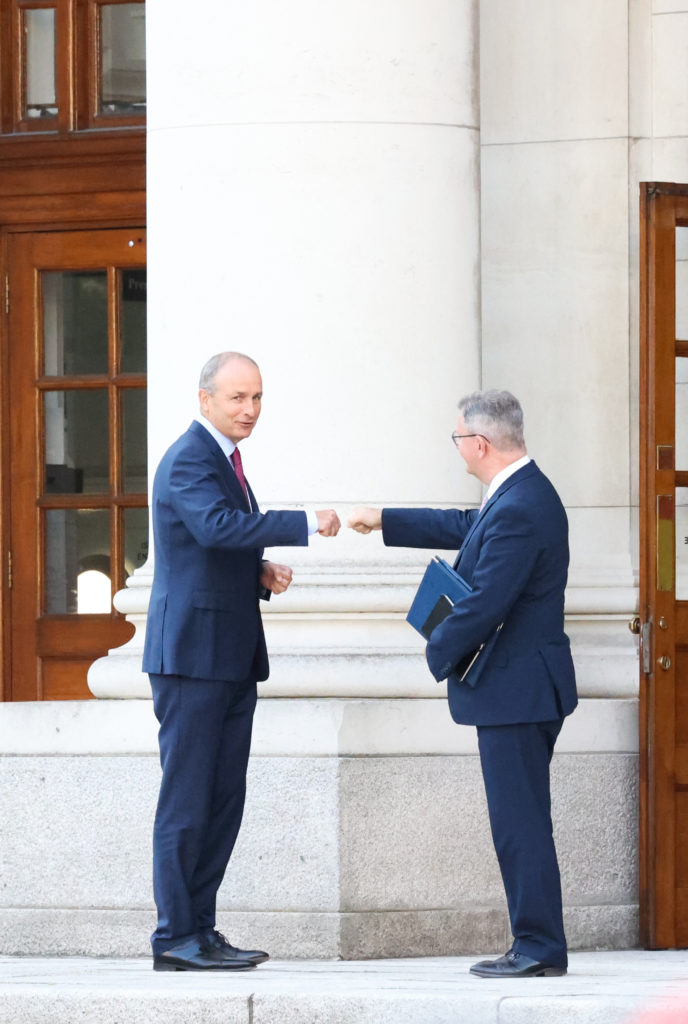 Leader of the Democratic Unionist Party Jeffrey Donaldson with Taoiseach Micheal Martin as he leaves Government Buildings in Dublin following a meeting between the two leaders. (Pic:Sam Boal/RollingNews.ie)

However shortly after leaving Dublin Sir Jeffrey made a statement claiming he had used his time there to warn the Taoiseach that the Irish Government’s support for the current Brexit deal was damaging to the North.

“This was a useful engagement,” he said.

“They want to live in peace and have stable government in Belfast, free flow of trade with Great Britain and cordial relations with Dublin.”

He added: “The path to peace in Northern Ireland has been a long road, only made possible by a consensus approach which respected our complex relationships.

“The Protocol was birthed in Dublin and Brussels but rather than protect the Belfast Agreement, it has caused instability and placed a trade border between Northern Ireland and the rest of the United Kingdom – our most important market by value and volume.” 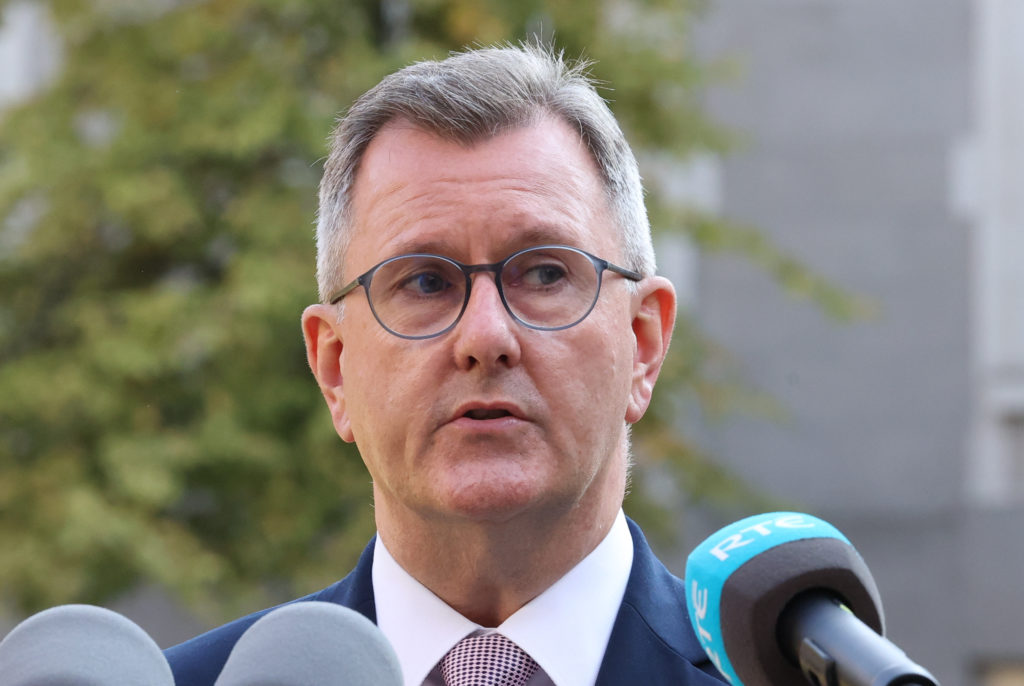 Mr Donaldson went on to call on Dublin to stop backing the NI Protocol, claiming it was already causing “severe damage”.

The Protocol was put in place to ensure there would be no hard border with Ireland, as per the Good Friday Agreement, but what it has led to is an effective trade barrier now in place in the Irish Sea.

“Dublin and Brussels must stop defending the Protocol and recognise it is causing severe damage both politically and economically,” Mr Donaldson said.

“Having created the Protocol, Dublin cannot wash its hands of the problem,” he added.

“Whilst we will make the case in London, Dublin must step up, admit the flaws and work with us to make the case to the European Union for change.”

DUP says it will not support nomination of a speaker to Assembly, halting creation of Executive