AN earthquake with a magnitude of 2.1 on the Richter scale left parts of Co. Donegal near the border with Northern Ireland all shook up last night.

The Irish National Seismic Network (INSN) and Geological Survey Ireland (GSI) have confirmed that the minor quake was recorded around 15km south-east of Donegal town at 9.18pm on April 29.

The exact epicentre of the quake was 54.56N, 7.96W – less than 2km from the Irish border with Co. Fermanagh, where tremors could also be heard.

The British Geological Survey (BGS) also confirmed the event was an earthquake.

A magnitude 2.1 earthquake occurred in Co Donegal on 29 April 2019 at 21:18 local time. The earthquake was detected by the Irish National Seismic Network operated by @dias_geophysics in co-operation with Geological Survey Ireland @Dept_CCAE https://t.co/thdwBpb2N8 pic.twitter.com/kPvThHokkA

"The location of the epicentre is 54.56N, 7.96W, about 15km south-east from Donegal town and 15km north-east from Ballyshannon, see figure below.

"The earthquake was detected automatically by the Irish National Seismic Network (INSN) which is operated by the Dublin Institute for Advanced Studies (DIAS) in co-operation with the Geological Survey Ireland (GSI).

"The event was felt by members of the public in the south of Co. Donegal."

The INSN has asked anyone who may have heard or felt last night's earthquake to fill in an questionnaire on its website detailing their experience to help get a clearer picture of what took place.

Huge rumbling heard all over Belleek Garrison area of Fermanagh and parts of Donegal about 10 mins ago. Was it an earthquake?

It's far from the first time the area has been struck by tremors – earlier this month, a slightly stronger quake with a magnitude of 2.4 was recorded near Donegal Bay.

That event – which occurred at around 11.58pm on April 7 – was detected by special equipment at St Columba's College in Stranorlar.

The region was also hit by a minor 1.5 earthquake on August 2, 2017, which was reported by hundreds of residents in the Milford and Kilamacrennon areas of Co. Donegal in the early hours of the morning.

That quake measured 1.5 on the Richter scale and was reported by hundreds of residents in the Milford and Kilamacrennon areas of Donegal in the early hours of the morning.

The Irish National Seismic Network confirms seismic activity reaching 2.1 tonight. Reports of buildings shaking Fermanagh/Donegal. No cause confirmed as yet. Thanks to @DonegalWeatherC for the link. Source here - https://t.co/FDodF4Arzp pic.twitter.com/q2h3oafXw6 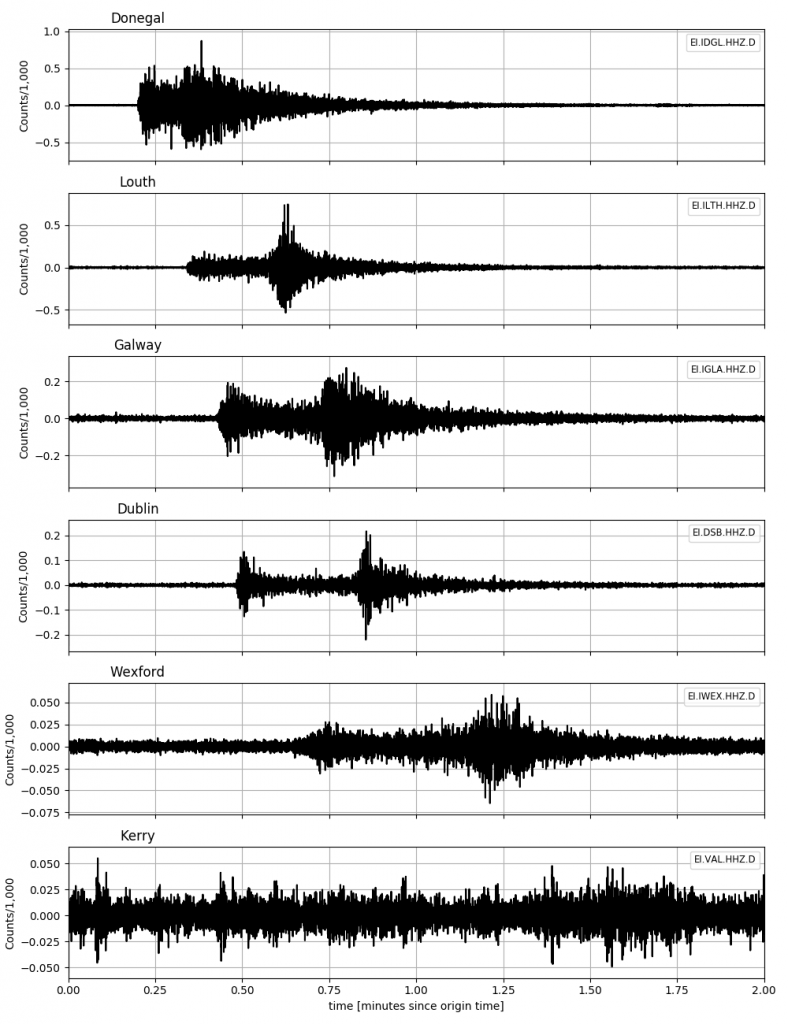