GARDAÍ HAVE issued an appeal for witnesses following a serious incident involving a car and a Dublin bus on Northumberland Road in Ballsbridge this past Friday evening.

Eight people, including both of the car’s occupants were injured in the collision, which occurred on the junction with Haddington Road at around 10.45pm.

They were taken by ambulance to nearby St Vincent’s University Hospital for further treatment.

Two male bus passengers injured in the crash are understood to be in a serious condition.

The Dublin Fire Brigade also assisted Gardaí at the scene with officers closing the junction off to traffic while a technical examination of the crash scene takes place.

According to Gardaí, one of the vehicles involved in the crash had come to their attention prior to the crash.

An Garda Síochána Ombudsman Commission (Gsoc) has already been notified.

In the meantime, the authorities are appealing for anyone who may have witnessed the incident to come forward. 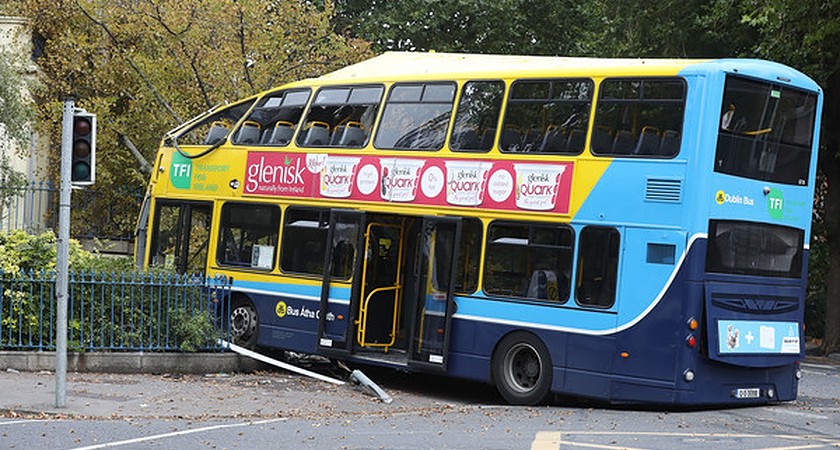 They are particularly eager to hear from anyone who may have video footage – including anything filmed on dash cam – that may shed more light on the circumstances surrounding the crash.

In a statement, Dublin Bus said: “Dublin Bus confirms that an incident occurred on Northumberland Road, Ballsbridge, Dublin 4 at approximately 22.45 last night involving a bus on Route 7 and a car. Emergency services attended the scene.

“There were four passengers on the bus at the time. The driver and passengers are attending St Vincent’s Hospital. The matter is under investigation by An Garda Síochána and Dublin Bus has also commenced an internal investigation.”