AN IRISHMAN wanted by police in connection to the deaths of 39 migrants found in the back of a lorry in Essex last week has reportedly been spotted in his hometown as authorities continue their search.

Christopher Hughes (34) and his brother Ronan Hughes (40) were both identified earlier this week by police as suspects in the investigation and are wanted for questioning.

Reported as being from Co. Armagh, it's understood that Chris has been seen walking around his hometown of Monaghan near the Northern Irish border. 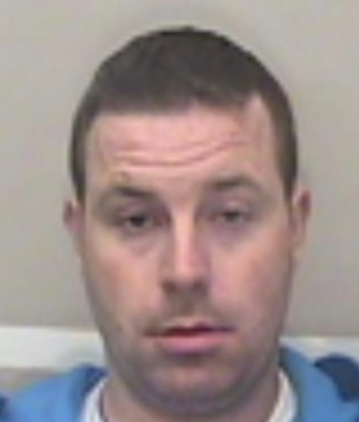 Chris Hughes has reportedly been spotted in his hometown of Monaghan this week.

According to the Irish Sun, locals had spotted Chris Hughes on Tuesday with his wife Anita, near to where she runs a successful hairdressing business.

Both brothers have reported links to the Republic of Ireland, despite being Northern Irish, and if south of the border, would be out of Essex Police's jurisdiction.

They would need to make a formal request to gardai in order to carry out an extended investigation into the Republic, but it's understood that as of yet, not such request has been made by authorities in the UK.

Chris' brother Ronan was jailed in 2009 for smuggling six million cigarettes into the UK and is believed to own a property in Tyholland, Co. Monaghan.

Sources have also claimed that Ronan actually phoned police within minutes of lorry driver Mo Robinson, from Co. Armagh, being arrested last Wednesday following the discovery of the 39 dead migrants in the container of his vehicle.

Ronan Hughes is alleged to have contacted police immediately after the arrest of fellow Northern Irishman Mo Robinson, trying to establish "what information" they had

It's alleged that he was attempting to establish "what information" police had at the time.

"Ronan Hughes made a telephone call to police in the UK from a mobile phone shortly after 2am last Wednesday," a source told the Daily Star.

"He said he needed to talk to someone about Mo Robinson."

They added: "Hughes confirmed he knew Robinson and pushed to get a number of questions answered. He gave his [own] date of birth and an address.

"We believe he was trying to establish how much and what information the police had at that time.

"He appeared willing to co-operate with police but he has not been contactable since."