AN ESSEX woman got the surprise of her life on night out with her boyfriend last night.

Little did Katie know, Andy had something up his sleeve.

The wheels for the elaborate proposal were in put motion some time back when Andy contacted The Irish Post for help. 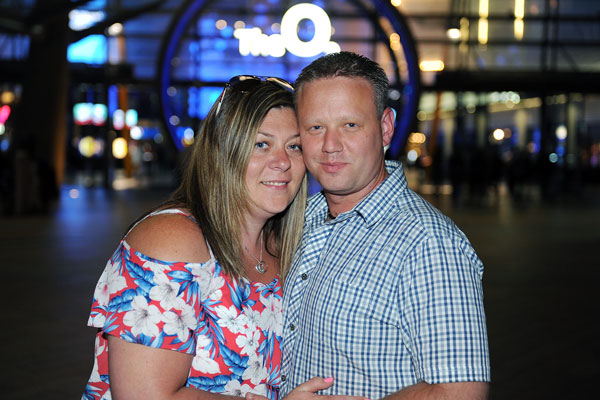 Once arrangements were made and the stage was set - a nervous Andy waited patiently until the end of the show when Agnes Brown herself set up the special moment.

"My name was called out and the cameras turned around to me," says Katie. "Agnes said 'Is that your boyfriend Andrew beside you?' and I said yes and she said 'Well not anymore'".

"Then I got down on one knee and asked the question," Andy added. 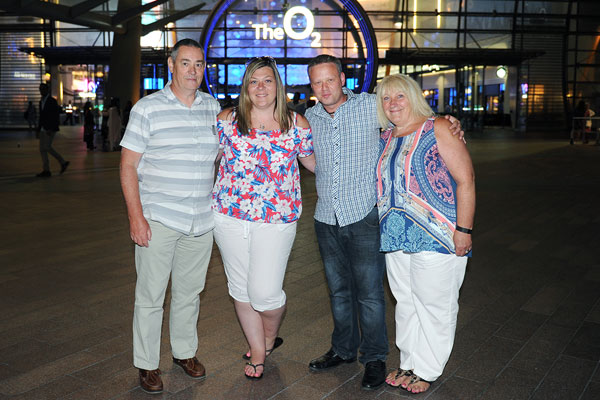 The couple, who have been together a year and a half, were cheered by the audience as they shared their first kiss as a newly engaged couple.

"I am more worried about asking her dad than I am about popping the question," Andy told The Irish Post last week ahead of the big night.

Luckily, Katie's parents Sue and Dave were more than happy to welcome him into the family.

"I was quite stressed and nervous coming in so I'm relieved it's over and that she said yes - that would've been embarrassing in front of 20,000 people if she said no!" Andy said.

Despite Andy's claims that he cannot keep a secret, Katie was completely taken aback by the proposal.

"I had no idea whatsoever, it's still not sunk in now," Katie said. "I bought the tickets for this just over a year ago, I just thought it'd be a nice evening out."