AN Irish family have launched a fundraising campaign to help secure potentially life-saving treatment for a young boy diagnosed with a rare and aggressive form of cancer.

Danny Norris, 6, was diagnosed with stage four high-risk neuroblastoma in July 2020 - a rare childhood cancer of the sympathetic nervous system.

Neuroblastoma affects between seven to 10 children in Ireland every year and, at diagnosis, carries a relapse rate of 60 per cent.

Danny, who lives in Tipperary, has gone through months of gruelling therapy ever since his diagnosis.

That has included 12 rounds of chemotherapy, a nephrectomy to remove his kidney, a stem cell transplant, which unfortunately caused severe complications, 23 sessions of radiation, multiple bone marrow aspirates, blood transfusions and many other medical procedures.

Thankfully, so far, that treatment seems to be working. 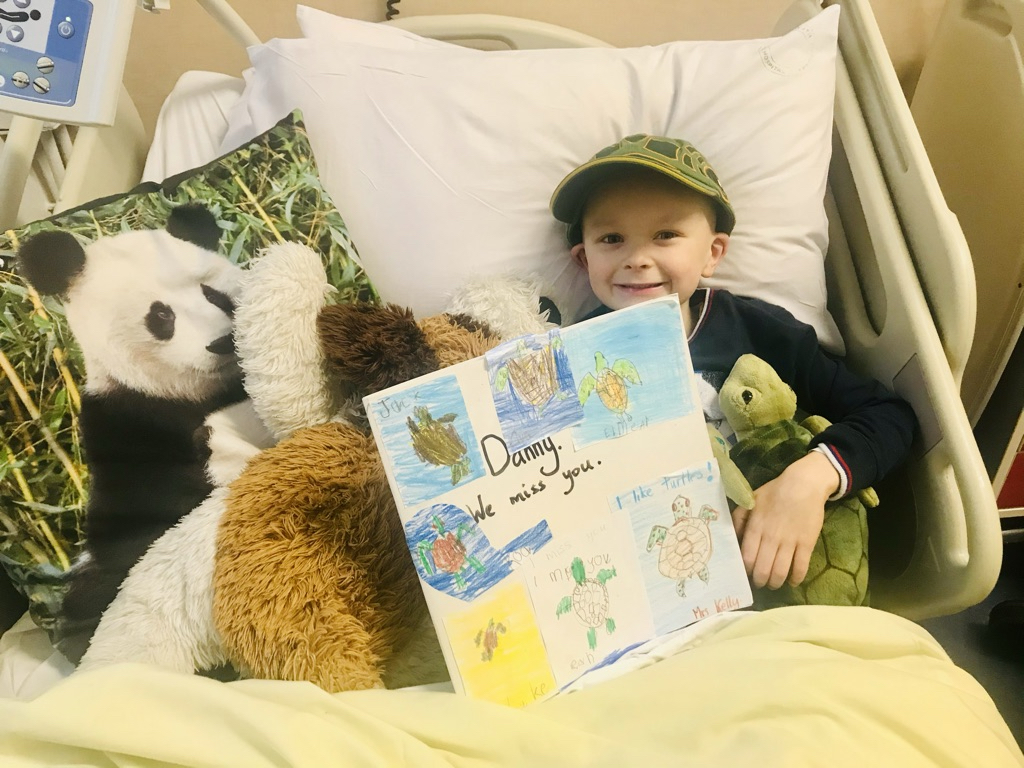 Young Danny, 6, has faced gruelling treatment since his diagnosis

However, if a child with neuroblastoma relapses their survival rate drops to just 10 per cent, which is a worrying statistic now being faced by the Norris family.

His mother Lisa Norris explained the moment they found out he had cancer.

“In May 2020, Danny wasn’t feeling himself, intermittent tummy pain, broken sleep, just generally out of sorts,” she explained

“We brought him to the GP; and on examination all seemed okay.

“But we returned when the symptoms returned and got worse and ultimately ended up in the Paediatric Ward of Tipperary University Hospital.”

She added: “Very quickly it became apparent that Danny was a very sick little boy.

“By 10pm on July 5, 2020, only a few hours after admission, the word oncology was mentioned and immediately plans were put in place for our transfer to Crumlin via ambulance the next day.

Ever since, Danny has been battling the disease, supported by his parents Lisa and Lar and older brothers Charlie, 10 and Shay, 8.

And they have faced some particularly scary moments.

Initially, Danny had a tumour on the left side of his abdomen, which encompassed his left kidney and adrenal glands, as well as metastases on his femur, rib and vertebrae.

But a complication arising from the high dose chemotherapy administered prior to his transplant meant that Danny developed a condition of the liver called Veno-Occlusive disease (VOD) – which led to him being in intensive care.

The condition caused Danny’s liver and kidney to shut down, and for seven days his family were unsure of the outcome.

“At this point, he was carrying 9kg of extra fluid that his body could not eliminate,” his family explain.

“It was explained that while Danny needed to be put on dialysis, it wasn’t an option until his low blood pressure stabilised but there was no guarantee that this would happen.

“Thankfully, after seven nights in ICU Danny showed signs of recovery and was eventually treated and discharged home.” 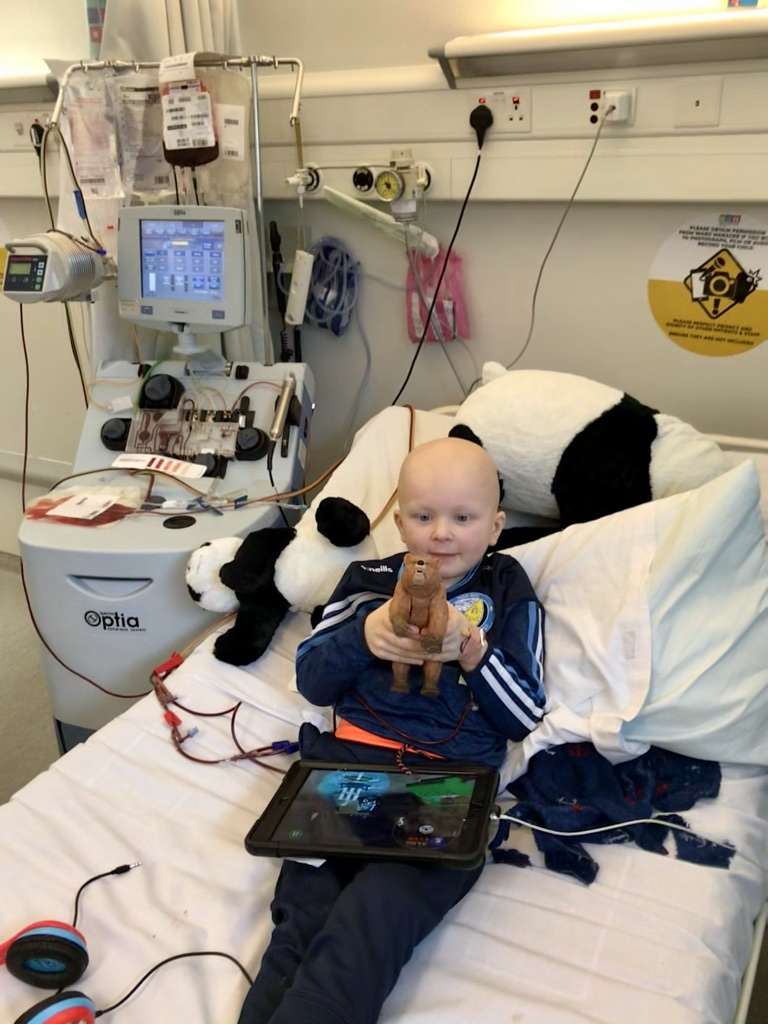 When Danny was strong enough, he commenced his 23 sessions of radiation.

This involved his parents travelling to Dublin from Clonmel each day for almost six weeks, but that also meant they could have Danny at home with his brothers and in his own bed each night.

Mrs Norris explained: “Since diagnosis, life has changed dramatically, not only for Danny, but for us as a family.

“As parents we endeavour on a daily basis to keep things as ‘normal’ as possible, but there is nothing normal or fair about childhood cancer.

“It has robbed the boys of their previously carefree existence and made them members of an exclusive club, a club that nobody wants to join,” she added.

“There have been times when we have questioned why us? But why not us?

“The reality is that life for anybody can change in a heartbeat.

“It’s certainly not easy, or something that we ever expected to happen to us, but it did.”

The Norris family have remained positive despite the challenges and are immensely proud of the strength their boys have shown since Danny’s devastating diagnosis.

“The boys are super, and we make sure there are plenty of fun and happy times too,” Mrs Norris said.

“As parents we couldn’t be prouder of Danny and his two big brothers Charlie and Shay, but the periods of prolonged and unexpected separation have been particularly difficult for all three boys and the high levels of uncertainty they now face on a daily basis has been quite an adjustment for them all.”

She added: “The Covid-19 pandemic has further complicated the situation for the boys as it means that when Danny is an inpatient, there can be no visits due to current restrictions.

“Nevertheless, the boys still continue to love, care - and fight - as only brothers can.

“They make the most of FaceTime, WhatsApp, and online gaming, and they love to play Lego together and PlayStation is also a firm favourite.

“Unfortunately, due to Danny’s susceptibility to infection, there were times when almost all activities had to be based indoors, which was a big change as Danny is usually a very active little boy who loves playing outside, going for walks, cycling his bike and bouncing on the trampoline.”

The Norris family have now launched a fundraising campaign

The family is now committed to getting Danny onto a vaccine trial in the US that could reduce the changes of his cancer returning.

The Bivalent Vaccine trial, which is underway at the Memorial Sloane Kettering Hospital (MSK) in New York, is “the best chance of a cancer free life for Danny” they explain.

However, it costs €380,000 to take part, it’s not available in Ireland and insurance companies won’t cover the cost.

As such, the Norris family must now raise these funds themselves over the next four months, in order for Danny to join the trial in 2022.

To help with the fundraising the family has launched a Go Fund Me page.

Anyone who can support the campaign, or who would like to organise a fundraiser, should email [email protected].

The Go Fund Me Page for donations is here.