A FIVE-YEAR-OLD boy has raised over £1 million pounds in less than a month for the hospital which saved his life as a baby.

Tony Hudgell, from Kent in the UK, lost both his legs at just five weeks old after suffering abuse by his birth parents, and uses crutches and prosthetics to get around.

But his adoptive mother Paula said "even though Tony suffered so much at the start of his life, today he is a bright, happy and confident little boy, who loves life, and we could not be prouder of him". 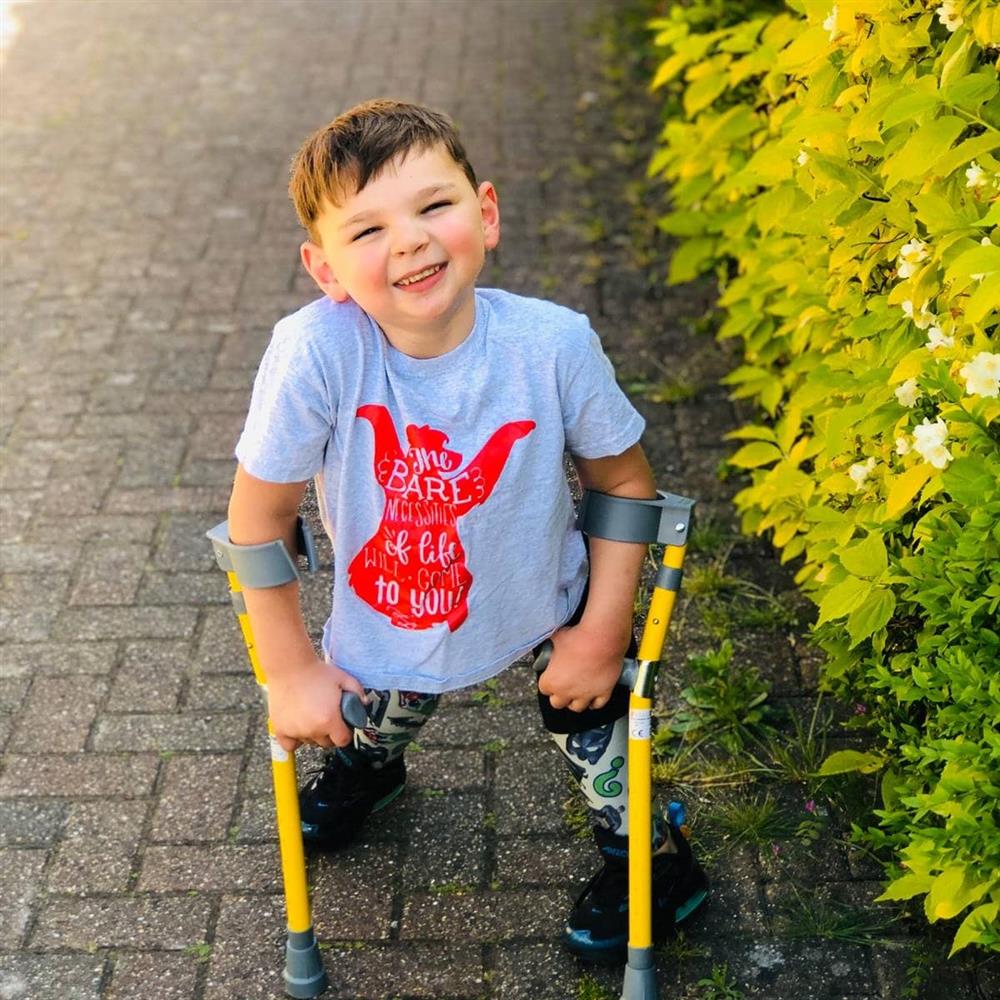 After being inspired by Captain Tom Moore, who raised over £30 million for the NHS at the height of the coronavirus pandemic by walking laps in his garden, Tony decided he wanted to take on a similar challenge to raise £500 for the Evelina Children's Hospital.

The little boy set out to walk 10km by walking a little bit every day for the month of June-- but as word spread about his bravery and the fantastic cause, donations began pouring in from his friends, family and complete strangers who were moved by Tony's story.

Now, having reached 8.3km of the 10km goal, Tony has raised an incredible £1,04,348 for the Evelina London Children's Hospital.

"We are so proud of him and are behind him every step of the way, I’m sure he will achieve this and much more, he is such a bright little boy.”

His mother Paula told BBC News that the family are "absolutely blown away" by the amount Tony has managed to raise so far, adding "it doesn't feel real".

"We're up to 8.3km and may go over if there are days when he wants to do extra walking," Ms Hudgell told the outlet.

"He knows it's a huge amount of money and he's going to be extremely proud and chuffed."

She added that the challenge is also improving Tony's walking capabilities as he gets used to his new prosthetics, and said that he has even started running--

Tony, who is "over the moon" at the reaction to his campaign, has raised £880,000 on his JustGiving page (which you can check out here) with the remainder coming from offline donations to the hospital in his name.

If you'd like to help in Tony's adventure, you can donate through his JustGiving page or directly to the hospital here where you can also send the brave little boy a message of support.