IN a ceremony in partnership with the London Irish Centre, Mayor of Camden Cllr Richard Cotton, Ambassador Dan Mulhall, and Margaret Brown of the Friends of the Forgotten Irish unveiled a plaque to London’s Forgotten Irish.

The plaque, unveiled on June 26, is in honour of the men and women who came to London in the aftermath of World War II and who were instrumental in rebuilding a war ravaged city and country, providing the necessary skills and expertise to get Britain back on its feet and restart the economy.

Scroll down to watch a video of the unveiling 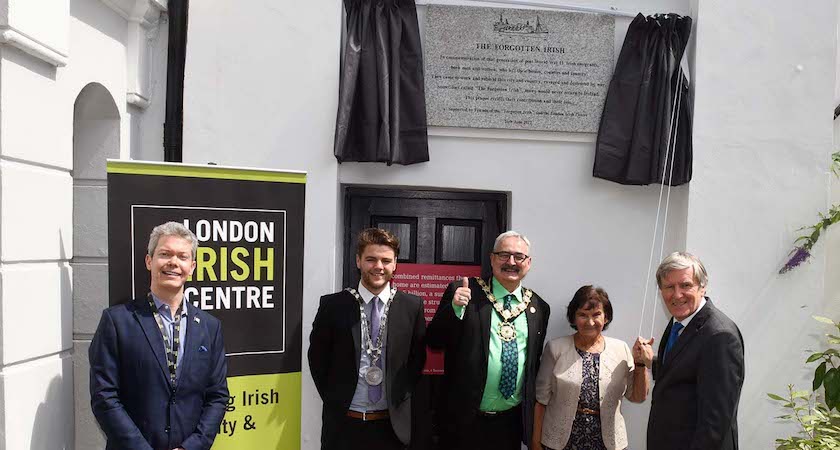 The memorial is a sister plaque to the one unveiled at East Pier Dún Laoghaire, Dublin in 2012.

The plaque wording is as follows:

both men and women, who left their homes, counties and country.

They came to work and rebuild this city and country, ravaged and destroyed by war.

Sometimes called the The Forgotten Irish many would never return to Ireland.

This plaque recalls their contribution and their loss.

Watch the ceremony below...