FORMER President of Ireland Mary Robinson has called for a global response to climate change following a visit this week to Ethiopia.

As a UN Special Envoy for El Niño and Climate, Mrs Robinson has  just completed a three-day trip to the Africa with Concern Worldwide, Trocaire and Goal Global.

“The international community is distracted by other world events while over 10million Ethiopians suffer the worst drought in 50 years,” the former head of state said. 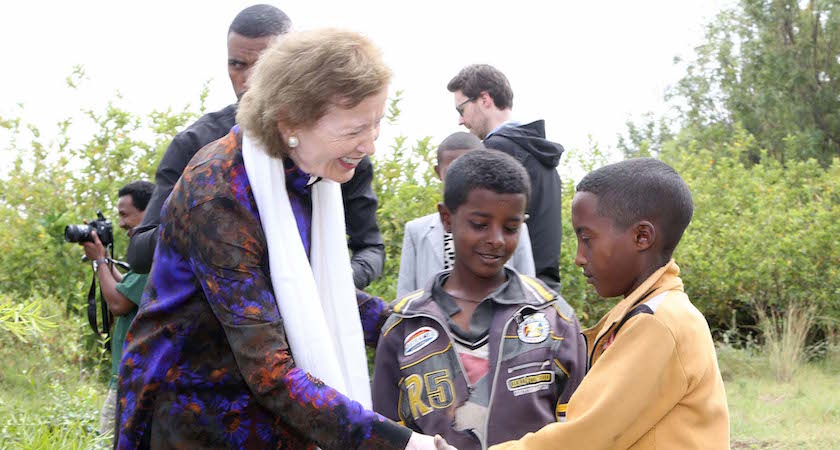 “I think we have to understand the need to factor in the reality for millions of people, particularly children, of climate change in general but in particular when aggravated by El Nino followed by La Nina effect.”

"I don't think that this real impact of El Nino aggravated by climate change has received the attention that it should have from the international community, not only early enough but substantive enough.”

Ethiopia is currently facing its worst drought in decades with over 10.2 million people in need of food aid. 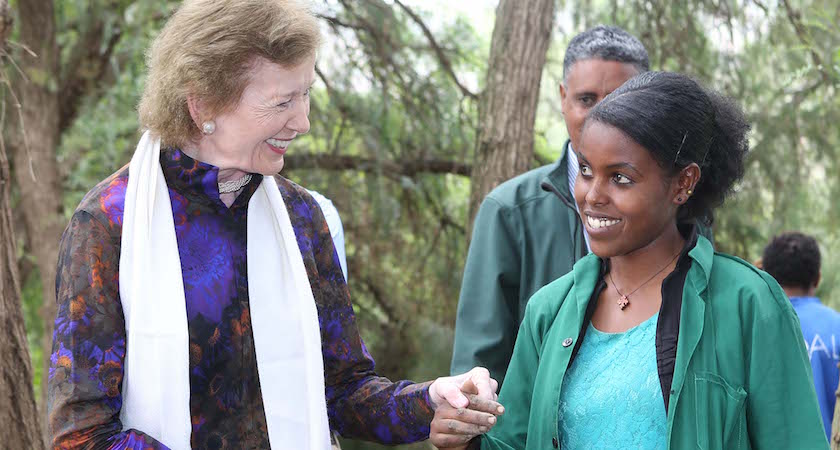 Across the country, the global weather phenomenon that is the El Niño effect has caused the worst drought in 50 years, wiped out crops and devastated livestock.

According the Concern Worldwide, over 10million people are running out of food and require urgent assistance.

An estimated 458,000 children are in need of treatment from severe acute malnutrition and more than 2.5 million children, and pregnant and lactating women are in need of supplementary feeding. 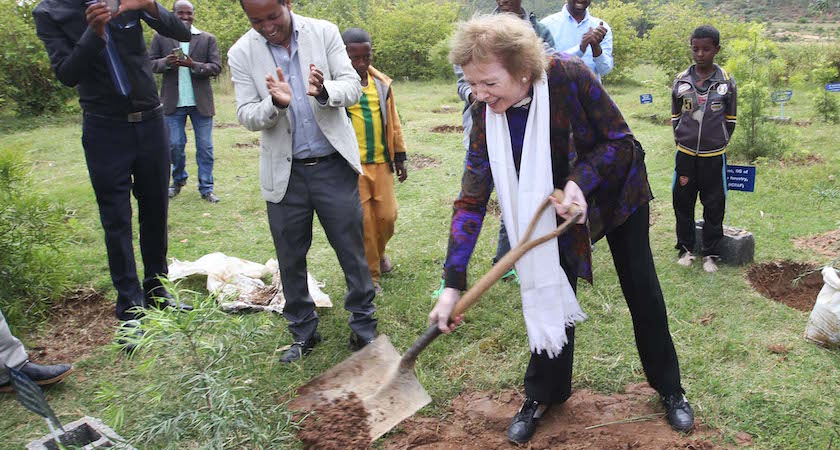 Water shortages have given rise to hygiene issues, leading to water-related public health concerns, including scabies.

Concern Worldwide has been working with the Government of Ethiopia and international partners to respond to the drought since last year when the need for emergency-assistance became apparent.

It has since scaled-up its response from 10 to 32 of the most affected districts in Amhara, Tigray and SNNPR, as well as providing ongoing support to refugees in Gambella.

While in Ethiopia Mrs Robinson visited the Irish Aid program, the Integrated Watershed Management Programme, where she planted a tree as well as Concern Worldwide Ethiopia's Community Management of Acute Malnutrition programme and the Women's Cooperative Grain Bank programme.