FORMER Tánaiste Peter Barry died yesterday at the age of 88 in Cork surrounded by his family.

Mr Kenny also paid tribute to Mr Barry, highlighting his prominent role in the negotiating the Anglo Irish Agreement in 1985.

He said: “It is with very deep regret that I confirm the death of former Tánaiste, Minister and Deputy Leader of Fine Gael, Peter Barry, who passed away peacefully in Cork this morning surrounded by his family. 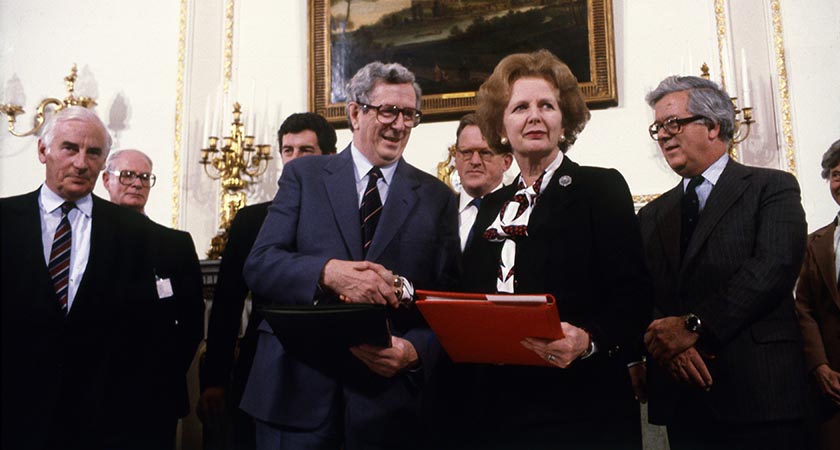 “Throughout his long and distinguished political career, Peter gave outstanding service to his country and to his native city. In particular, his central and pivotal role in negotiating the Anglo Irish Agreement in 1985 helped to create the foundations on which the peace process in Northern Ireland was built.

“In the coming days we will reflect on and salute Peter Barry's extraordinary legacy, but today, our thoughts and prayers are with his beloved family at the loss of their father.

“We also remember at this time Peter's late wife Margaret who was such a support to him throughout his career.”

Sad news in #Cork with the passing of former Táiniste and pioneer of peace process Peter Barry
May he rest in peace pic.twitter.com/WdqeKQC4Hf

A former Lord Mayor of Cork, he served as a TD on Leeside for 28 years and also helped oversee the expansion of his family business, Barry’s Tea, into one of Ireland’s best known consumer brands.

The son of a former TD, Peter Barry was first elected for Fine Gael in the south side of Cork City in 1969 and he would serve as tánaiste for a brief period in 1987.

He was also a widely respected minister and served at the departments of Transport, Education and Environment.

Mr Barry was then succeeded in his seat by his daughter, Deirdre Clune, who is now a MEP for Fine Gael.

In 2010, Mr Barry received the highest accolade his native city could bestow, the Freedom of Cork.

Coronavirus testing in Ireland to ramp up 4,500 per day