The funeral of 30 year-old amateur boxer Pat Ward has taken place in his home county Sligo this afternoon.

Large crowds attended the funeral at St Anne's church in Sligo town and floral tributes with the words ‘Son’, ‘God Father’ and ‘Big Bang’ could be seen across the alter.

The battered body of the father of four was found dumped two weeks ago in an alleyway in Clogher, Co Tyrone.

Mr Ward was a member of the Irish Traveller community and had just moved across the border with his young  family towards the end of last year.

'Violence is never the answer'

Speaking at today's funeral service, Father Patrick Lombard told the packed congregation: “Violence is never the answer to any of our problems. In reality, it only makes a bad situation worse.

“There are never any winners and not only the families of the victim suffer but those responsible and their families too have to carry a great heartache of pain and regret."

Footage taken from a CCTV camera in Clogher appears to show that Mr Ward was still alive at 6.43am on Saturday, February 9. Stripped to his underwear, he was dragged by a man dressed in a dark coloured hooded top across the street to the alleyway where his body was later discovered.

Pictures were also taken of the murdered man's body and circulated on social media before police could attend and close off the crime scene. 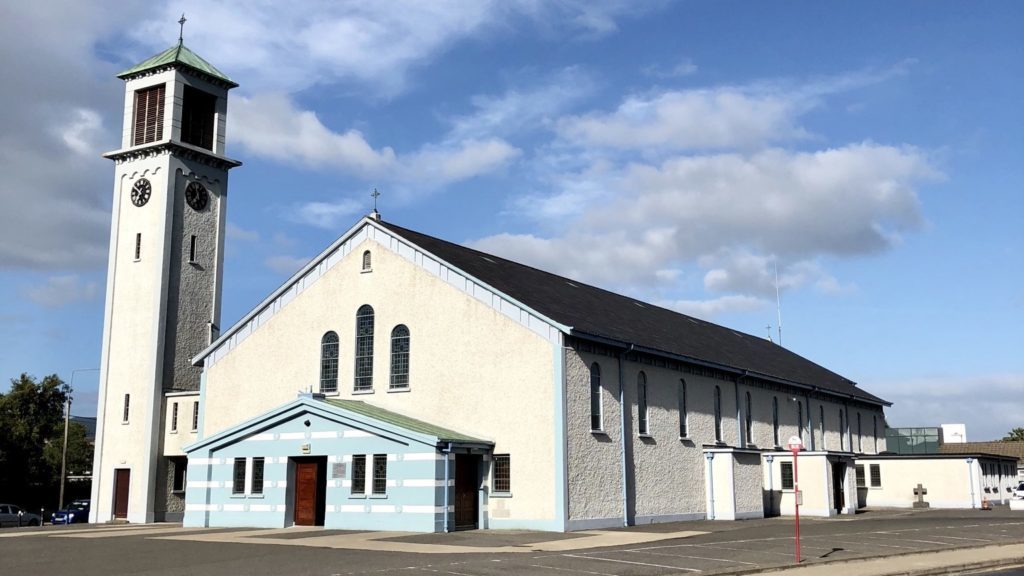 In August 2007, his 23-year-old brother Tom Ward was murdered as he sat in his van outside the family's home in Sligo town.

Two people, a 23-year old man and a 33-year old woman, have been charged with Pat Ward’s murder in  Tyrone and are due to appear again in court by video link on March 13.