POLICE investigating the disappearance of teenager Gaia Pope in Dorset have arrested a man, 49, on suspicion of murder after finding female clothing near 70ft cliffs.

The clothes were discovered less than two miles from the house in Langton Matravers, Swanage, where the 19-year-old was last seen on November 7.

It is not clear who the items belong to, but Dorset Police have informed Gaia’s family of the find.

The area of Durlston Country Park where the clothing was discovered is known as the ‘dancing ledge’ and has been cordoned off.

Senior investigating officer Neil Devoto said: "Following the discovery of these items of clothing, a full and thorough search will now take place in the field and surrounding area.

“We have seized the clothing and investigations will now be carried out to identify who they belong to.

“We have updated Gaia’s family who continue to be supported by specially-trained officers. Our thoughts remain with them at this very difficult time.” 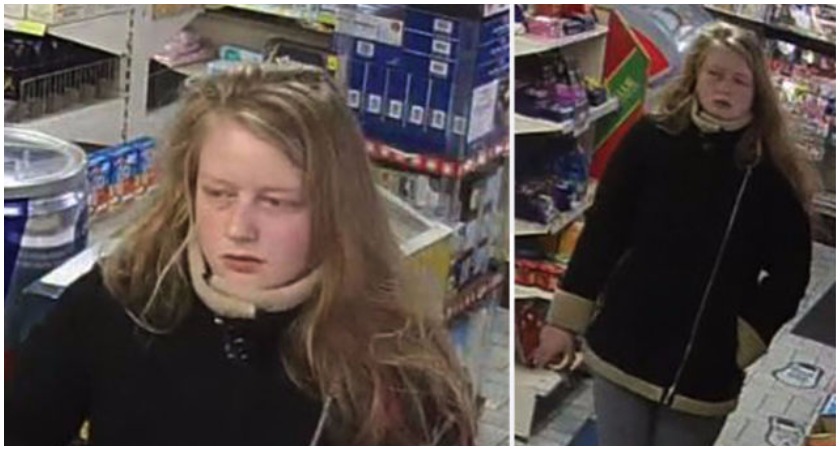 Police have released these CCTV images of the last time Gaia Pope was seen at a petrol station (Picture: Dorset Police)

Officer Devoto added: “We are doing everything possible to try and locate Gaia.

“I would like to renew my appeal to anyone who has information about where Gaia is or what has happened to her to please contact Dorset Police.

“I am also urging anyone who has seen any suspicious activity in the area of Morrison Road and Priests Way since November 7 to please contact us.”

Police fear that Ms Pope, who suffers from epilepsy and PTSD, has come to harm since she went missing nine days ago.

Last night, Dorset Police seized a car belonging to Gaia’s friend’s uncle Paul Elsey, 49, who lives at the house where the teen was last seen.

They had earlier released Paul’s mother Rosemary Dinch, 71, and her 19-year-old grandson, Nathan Elsely, on Tuesday on suspicion of murder.

In an emotional interview with ITV News today, Ms Pope’s father Richard Sutherland broke down in tears as he vowed: “We’ll get you back”.

He said: “Gaia, you know we love you, you know that.

“We believe we will get her back, so that keeps us going. The help from the community – that gives us strength.”