AN GARDA Síochána have appealed for Ireland's youths not to play in traffic after identifying a dangerous new social media trend.

The trend, allegedly called 'ghosting', challenges youths and teenagers to lie down on the road with a sheet placed over them with the goal of stopping oncoming traffic.

"This activity is extremely irresponsible and poses a serious danger to those taking part in the ‘ghosting’ and motorists," A garda spokesperson warned.

According to Gardaí, the new social media trend led to a girl being hospitalised earlier this week after she sustained injuries to her back, torso and ankle. 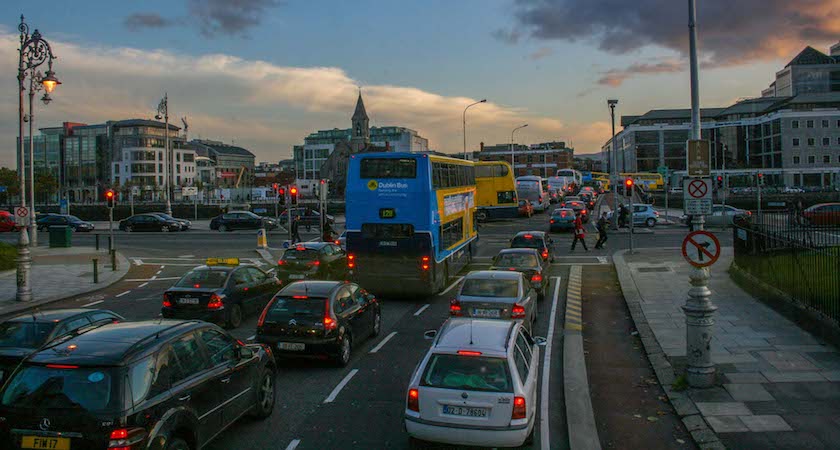 Dublin, Ireland: Youths are allegedly lying down on busy roads in an attempt to get traffic to stop

The girl is expected to remain in hospital for a number of days but her injuries are not thought to be life-threatening.

An Garda Síochána have now issued an appeal to the young people of Ireland, urging them not to take part in this dangerous and idiotic trend, and have asked parents to speak to their children on the dangers of 'ghosting'.

"An Garda Síochána are urging people not to engage in this social media trend," a spokesperson said.

"Gardaí are particularly appealing to parents to educate their children on the dangers of participating in such activity and to highlight the importance of being seen while using Irish roads."