A PONY has been taken seized by Gardaí after it was abandoned by people attempting to escape arrest.

Gardaí in Kilkenny confirmed they had seized a pony and a sulkie after its owner was seen driving dangerously on a road on Saturday night.

In a statement, a Garda spokesperson said the person driving the sulkie had committed "a number of dangerous driving manoeuvres".

The person in control of the pony also did not have lights or reflectors, and "failed to stop" when requested to do so by Garda.

Instead, a spokesperson for An Garda Síochána says, the occupants of the sulkie abandoned the pony and "fled across fields" in order to evade arrest. 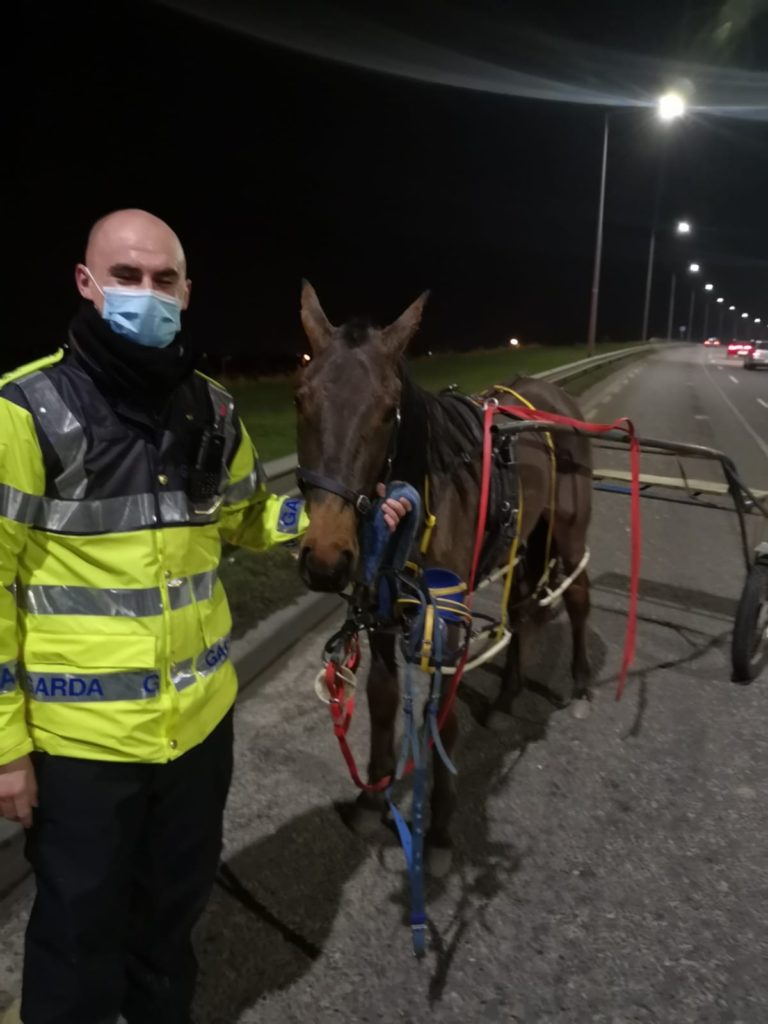 Gardaí have seized a pony and a sulkie following the driver performing "dangerous driving manouvres" on the road and fleeing through the fields to escape arrest. (Image: Garda Síochána Kilkenny / Carlow via Facebook)

The official Facebook page for Garda Síochána Kilkenny/Carlow shared an image of one of the officers present with the pony and sulkie in question.

It appears the occupants may not have evaded the law, however, as the spokesperson went on to confirm that a prosecution will follow.

They reminded the public that "all road users must adhere to the rules of the road."