FORMER US President George W. Bush has spoken out against the killing of George Floyd.

In a rare public statement, the 43rd President of the United States said both he and former first lady Laura Bush were disturbed by the events surrounding the death of the 46-year-old African-American at the hands of a white police officer in Minnesota last week.

“Laura and I are anguished by the brutal suffocation of George Floyd and disturbed by the injustice and fear that suffocate our country,” he said.

Mr. Bush went on to speak out against the “shocking failure that many African Americans, especially young African American men, are harassed and threatened in their own country.”

"It is a strength when protesters, protected by responsible law enforcement, march for a better future. This tragedy -- in a long series of similar tragedies -- raises a long overdue question: How do we end systemic racism in our society? The only way to see ourselves in a true light is to listen to the voices of so many who are hurting and grieving. Those who set out to silence those voices do not understand the meaning of America -- or how it becomes a better place," Bush said.

The former President continued: "America’s greatest challenge has long been to unite people of very different backgrounds into a single nation of justice and opportunity. The doctrine and habits of racial superiority, which once nearly split our country, still threaten our Union." 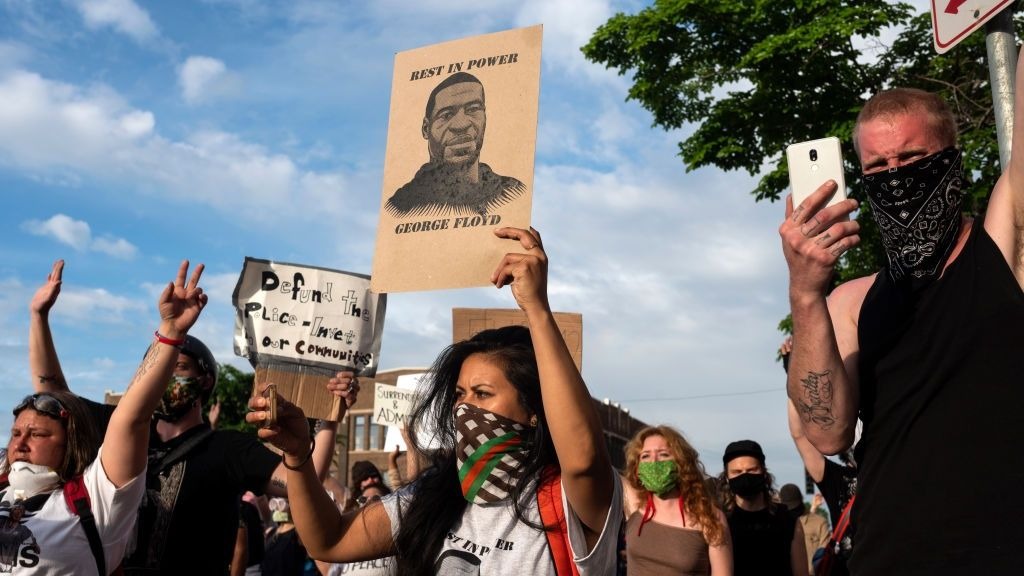 “The heroes of America — from Frederick Douglass, to Harriet Tubman, to Abraham Lincoln, to Martin Luther King, Jr. — are heroes of unity. Their calling has never been for the fainthearted. They often revealed the nation’s disturbing bigotry and exploitation — stains on our character sometimes difficult for the American majority to examine. We can only see the reality of America's need by seeing it through the eyes of the threatened, oppressed, and disenfranchised.”

"Many doubt the justice of our country, and with good reason. Black people see the repeated violation of their rights without an urgent and adequate response from American institutions," he continued. "We know that lasting justice will only come by peaceful means. Looting is not liberation, and destruction is not progress. But we also know that lasting peace in our communities requires truly equal justice. The rule of law ultimately depends on the fairness and legitimacy of the legal system. And achieving justice for all is the duty of all."

"This will require a consistent, courageous, and creative effort. We serve our neighbours best when we try to understand their experience. We love our neighbors as ourselves when we treat them as equals, in both protection and compassion. There is a better way -- the way of empathy, and shared commitment, and bold action, and a peace rooted in justice. I am confident that together, Americans will choose the better way," he concluded.

Mr. Bush’s statement can be read, in full, here.