An artist's impression of one of the victims and a sample of her hair (Image: Houston PD)

POLICE in the United States are investigating a possible connection between the deaths of two red-haired women whose decapitated heads were found within 150 miles of one another.

The first head was found on March 1 near Calcasieu Lake, Louisiana by a prison inmate who was helping police maintain an area of marshland.

A post-mortem found that the woman was aged between 25 and 40 years old with reddish/brown hair around 10 to 12 inches long.

The second was found on March 24 approximately 150 miles (240km) away in Lake Houston, Texas by local volunteers cleaning up the area.

Forensic examination suggests this woman was a white or Hispanic woman, between young adulthood and middle aged. 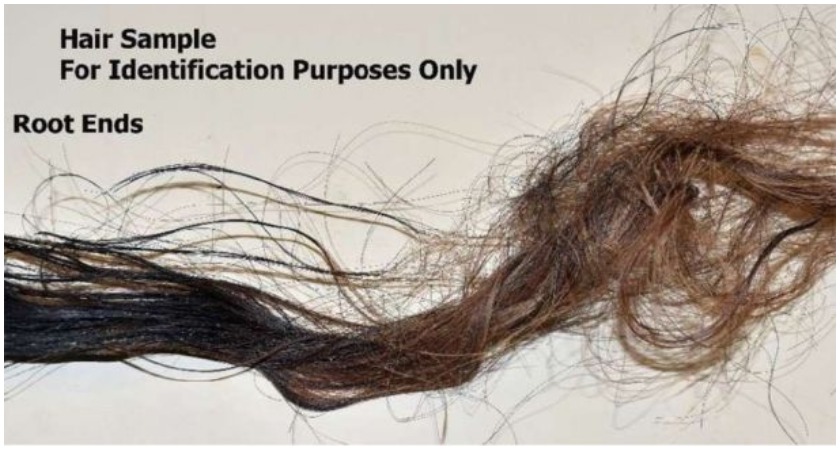 A sample taken from one of the victim's dyed-red hair (Image: Houston PD)

Her hair was dyed red and her eyebrows were tattooed.

Both of the victims' heads were found in plastic bags near lakes and had reddish hair.

Cameron Parish Sheriff's Office in Louisiana and Houston Police in Texas say they are sharing evidence to see if there is a link due to the striking similarities between the cases.

A man estimated to be aged in his early to mid-20s was seen throwing a black plastic bag off a bridge at Calcasieu Lake two weeks before the first discovery.

Police are treating the man, who was driving a bluish-green Chevy Silverado, as a person of interest.