BARACK OBAMA has condemned Donald Trump for the night of chaos seen in Washington DC yesterday, accusing him of fanning the flames of violence.

The former US President, who has roots in Ireland, released a powerful statement yesterday at the height of the unrest in the Capitol, where hundreds of Trump supporters stormed the building to try and overturn the election result.

Taking to Twitter to share the statement, the Democrat spared no time in condemning Trump's actions which he said led to the chaotic scenes which have been viewed in horror by audiences around the world.

"History will rightly remember today's violence at the Capitol, incited by a sitting president who has continued to baselessly lie about the outcome of a lawful election, as a moment of great dishonor and shame for our nation.

"But we'd be kidding ourselves if we treated it as a total surprise.

"For two months now, a political party and its accompanying media ecosystem has too often been unwilling to tell their followers the truth-- that this was not a particularly close election and  that President-Elect Biden will be inaugurated on January 20. 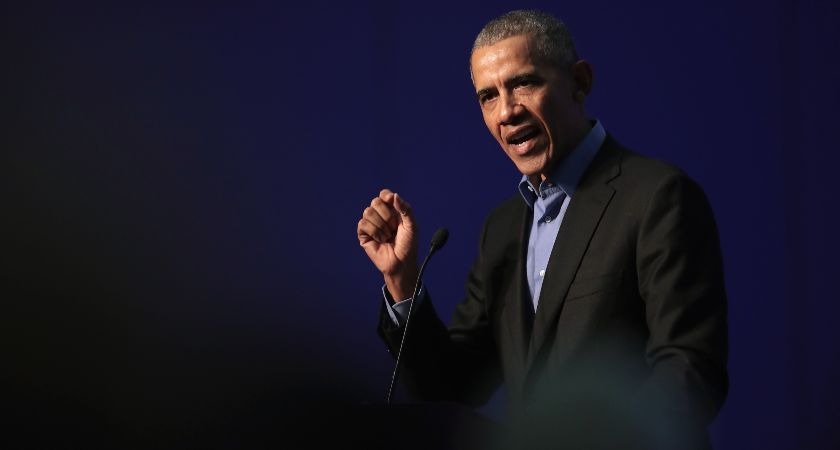 "We'd be kidding ourselves if we treated it as a total surprise," Barack Obama said after scenes of violence at the Capitol

"Their fantasy narrative has spiralled further and further from reality, and it builds upon years of sown resentments. Now we're seeing the consequences, whipped up into a violent crescendo.

"Right now, Republican leaders have a choice made clear in the desecrated chambers of democracy. They can continue  down this road and keep stoking the raging fires. Or they can choose reality and take the first steps toward extinguishing the flames. They can choose America.

"I've been heartened to see many members of the President's party speak up forcefully today," he continued.

"Their voices add to the examples of Republican state and local election officials in states like Georgia who've refused to be intimidated and have discharged their duties honorably.

"We need more leaders like these -- right now and in the days, weeks and moths ahead as President-Elect Biden works to restore a common purpose to our politics.

"It's up to all of us as Americans, regardless of party, to support him in that goal."

His comments echo that of other top politicians across America and beyond who were horrified at the scenes in Washington yesterday: Ireland's Minister for Foreign Affairs, Simon Coveney, described the "shocking and deeply sad scenes" as "a deliberate assault on Democracy by a sitting President and his supporters, attempting to overturn a free and fair election".

Shocking & deeply sad scenes in Washington DC - we must call this out for what it is: a deliberate assault on Democracy by a sitting President & his supporters, attempting to overturn a free & fair election! The world is watching!
We hope for restoration of calm. pic.twitter.com/1OdQYEB35K

President-Elect Joe Biden also condemned the acts of violence, appearing on television where he said it "borders on sedition" and that American democracy is "under unprecedented assault, unlike anything we've seen in modern times.

"This is not dissent. It's disorder, it's chaos, it borders on sedition-- and it must end now."

He called on the rioters to "pull back and allow the work of democracy to go forward", and encouraged Donald Trump to "go on national television now, to fulfill his oath and defend the Constitution and demand an end to this siege,".

Mr Trump did release a video some time later, but repeated claims of voter fraud and told rioters he loved them, while also suggesting they go home. His video, and several other tweets, were removed from the site for fear they could cause further violence, and his account has been temporarily locked.