SWEDISH CLIMATE activist Greta Thunberg is set to feature on a new set of stamps.

The stamps, which have been issued by Sweden’s postal service PostNord, feature the teenager in her now-iconic yellow raincoat standing on a rocky coastline looking out at a flock of birds.

Several million of the new Greta Thunberg stamps have been issued with Kristina Olofsdotter, head of PostNord's stamp division, joking: "There will be a lot of Gretas flying around."

"We hope that, as a big company, we can shine a light on the very important climate question, with the help of a little stamp,” she said.

Thunberg joins an illustrious group of Swedish personalities to feature on one of the country’s postage stamps.

Other alumni include Zlatan Ibrahimovic and Greta Garbo.

The image comes with the approval of Thunberg’s campaign movement, Fridays for Future, though they had no part in its design.

Several other stamps have been released as part of the environmentally themed collection, which includes images of mountains, forests and lakes. 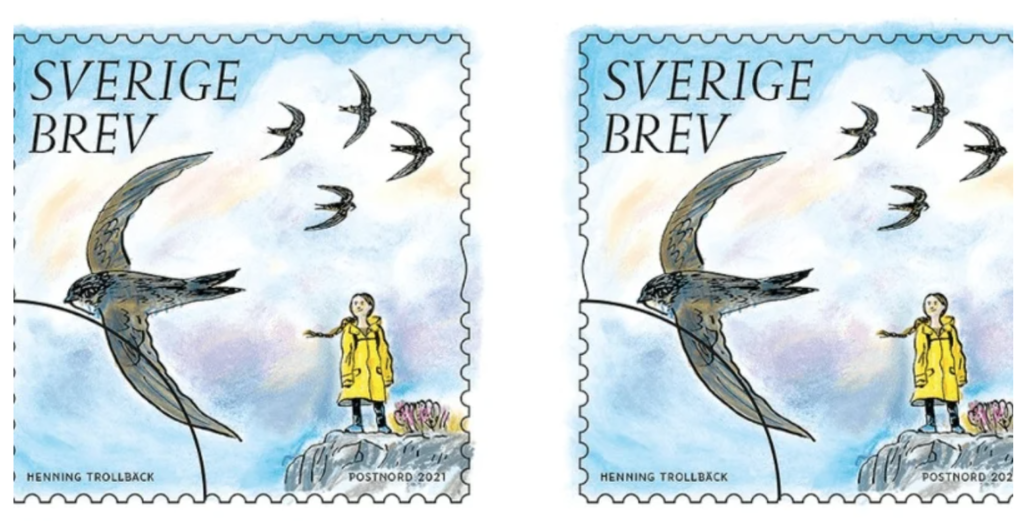 An avid climate change campaigner, Thunberg first made global headlines in 2018 after opting to skip school in order to protest outside Swedish parliament.

Images of Thunberg, protesting alone with a homemade sign, calling for her government to take action on climate change, soon went viral.

Within month, more than two million students from some 135 different countries had joined the "Schoolstrike for the climate" campaign.

A year later, Thunberg took a year out from school to travel the world by car, train and boat, as part of a trip that included a famous speech and the United Nations climate summit where she also crossed paths with Donald Trump.

What does COP26 mean for the Irish State and how are the government responding?