THE Republic of Ireland soccer team have been given the welcome they deserve as the arrived back into Dublin Airport earlier this afternoon.

The team were greeted by The Minister for Tourism, Transport and Sport, Shane Ross TD and Minister of State for Tourism, Patrick O' Donovan TD.

Fans who wanted to pay tribute to the teams success story also welcomed the team home.

The boys in green entered Euro 2016 as the underdogs and despite not making the quarter finals have emerged as heroes.

The dream may be over, but the Irish team has the support of the nation. 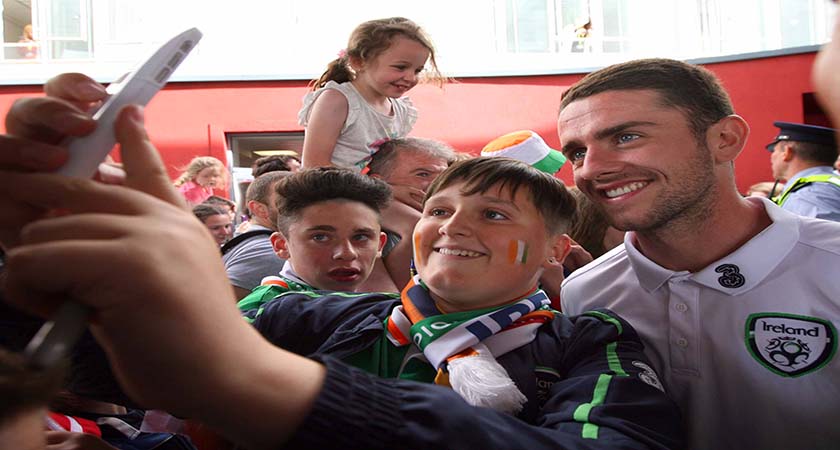 From Wes Houlahan's goal against Sweden to Robbie Brady's penalty against France and late header against Italy - the memories and excitement will live on.

This was an Irish team that never stopped fighting and that spirit has led them backs into the hearts of the Irish public, this time as heroes.