President Higgins and wife Sabina after his re-election was confirmed (Image: RollingNews.ie)

MCHAEL D HIGGINS has won a second term as President of Ireland following a landslide victory.

Peter Casey, whose comments about Travellers during the campaign had caused controversy, finished in second place.

Patrick Hillery and Mary McAleese were unchallenged when they were re-elected in 1983 and 2004 respectively.

Casey secured 342,727 votes (23.3 per cent) in what Taoiseach Leo Varadkar described as a protest vote.

A big thank you to the 342,727 people who came out to vote for me. Your voice has been heard and this conversation has only started #Aras18 pic.twitter.com/flugSTlMmF

Speaking after his victory, President Higgins said he would be a president ‘for all the people’, adding that the electorate had voted for an inclusive Ireland.

“This is a time to be active rather than passive and clear choices are opening up as to what will be the character of our Irishness,” he said. 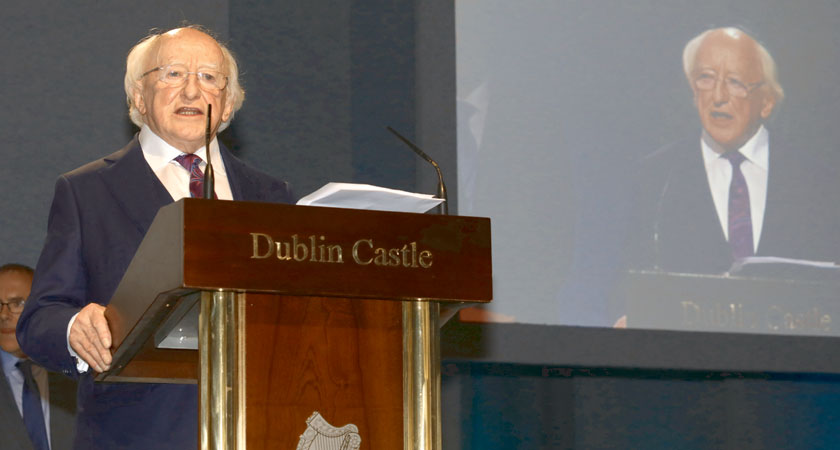 “Will it be a commitment to inclusion and a shared world or a retreat to the misery of an extreme individualism?

“The people have made a choice as to which version of Irishness they want reflected at home and abroad.

“It is the making of hope they wish to share rather than the experience of any exploitation of division or fear.

“The version of Ireland that can best represent our people at home and abroad is one which draws on traditional genius and contemporary creativity, deep connections and new solidarities, respect and transformation.

“The presidency belongs not to any one person but to the people of Ireland.

“I will be a president for all the people, for those who voted for me and those who did not. 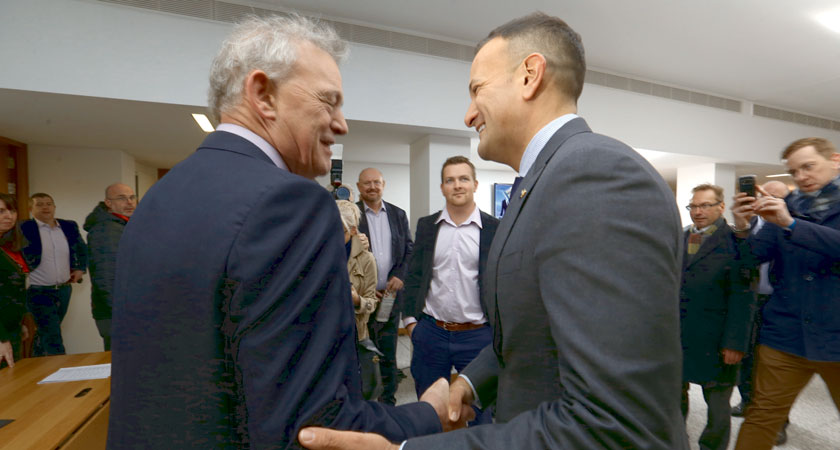 “Because I am so proud of our country, I am proud to be a president for all of you and with all of you, and I look forward with joy and hope to all that we will achieve together.”

Varadkar, whose Fine Gael party had endorsed Higgins, praised the victor but said the government must listen to those who voted differently.

“If you look at the vote, certainly there was an element there of anti-Traveller sentiment and that’s not something that I can condone, I just can’t,” he said.

Congratulations @MichaelDHiggins. Really happy that you will continue to be our President for the next 7 years

“However there are people who are registering their protest for lots of other reasons.

“When people register a protest, whether it’s on the streets or in the ballot box, you have to listen to that if you’re in politics.”

He added: “As politicians we always need to listen to people when they register a protest such as that.”