The former US Secretary of State arrived at Barretstown Castle in Co. Kildare to celebrate the 25th anniversary of the formation of the charity.

Founded in 1994 by actor Paul Newman, Barretstown is camp where seriously ill children can come and take part in a whole host of fun activities including arts and crafts, outdoor adventure and canoeing. 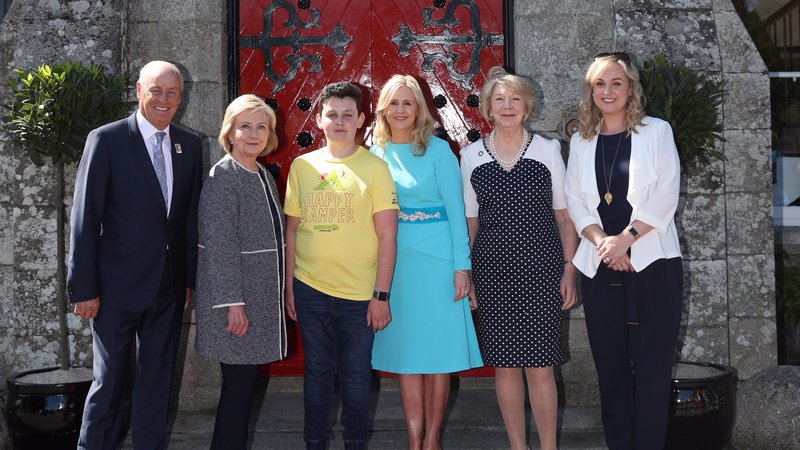 Clinton will be the guest speaker during tonight’s dinner to celebrate the non-profit organisation.

It’s understood that her visit to Kildare is a private one, in that she isn’t planning any formal meetings during her visit.

Clinton has been a long-standing supporter of Newman’s philanthropic work.

“Paul Newman just saw children who he thought deserved to have joy in their lives even though they were seriously ill,” said Clinton after arriving at Barretstown castle earlier today.

“Bill and I visited that first camp in Connecticut all those years ago and were just so overwhelmed by how joyous it was with all of these kids feeling like they were able to have the fun that you would have at a camp,” she added. 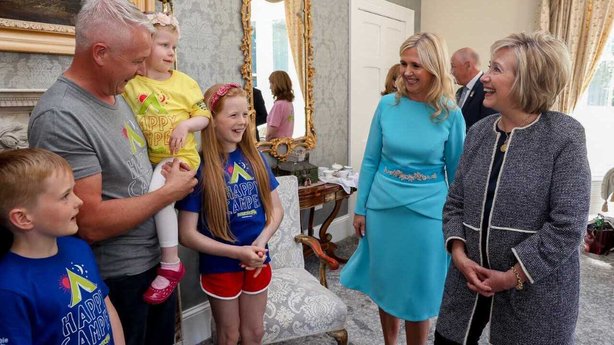 During her visit, Clinton met members of the Barretstown team and also some of the campers who were taking part in various activities nearby.

The camp currently has 120 children present who will enjoy a week’s worth of fun and excitement.

To date, Barretstown has provided holidays for around 50,000 sick children from around the world.