A HUGE hillside messages calling on people to read the Bible and embrace its message is on course to break four Guinness World Records.

The sign, written in Spanish, can be seen for miles from its native Juarez in Mexico with the message translating as "The Bible is the Truth".

Created as part of a community project put together by evangelical churches in the area back in 1987, the sign is made from stone.

More recently, the sign was given a brand-new paint job in a large-scale operation that saw 2,000 believers volunteer their services to get the job done.

Now the sign, dubbed the "Hill of the Bible" could be about to enter the record books after local pastor and sign caretaker Gabriel Andavazo submitted paperwork to Guinness.

According to Evangelical Focus, Andavazo is hoping that the record could help raise the profile of the sign and its message from God. 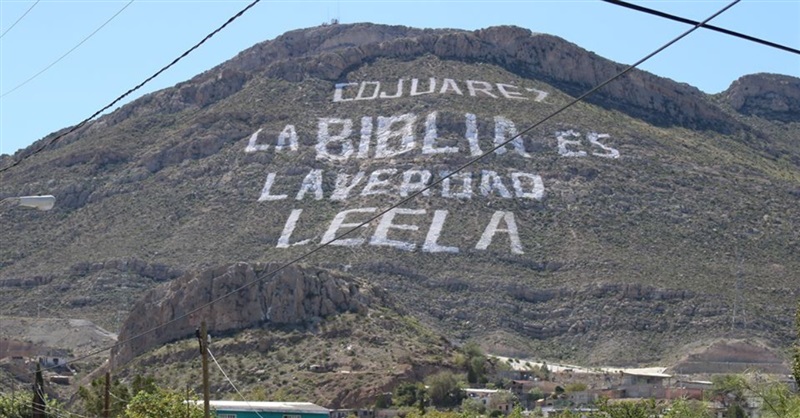 The "Hill of the Bible" is hoping to officially become the World's largest invitation to read the Bible.

He's also hoping it could gain the world record for the sign covering the largest space (30,000 square meters).

The sign has been met with some local opposition though, including the protest group "Punta de Lanza" which translates as "Spear Head".

They are against the world record attempt amid concerns over the negative environmental impact of the sign on the mountains of Juarez.