NEARLY 80% of Irish people say they would support a ban on protests outside abortion facilities, according to a new opinion poll. 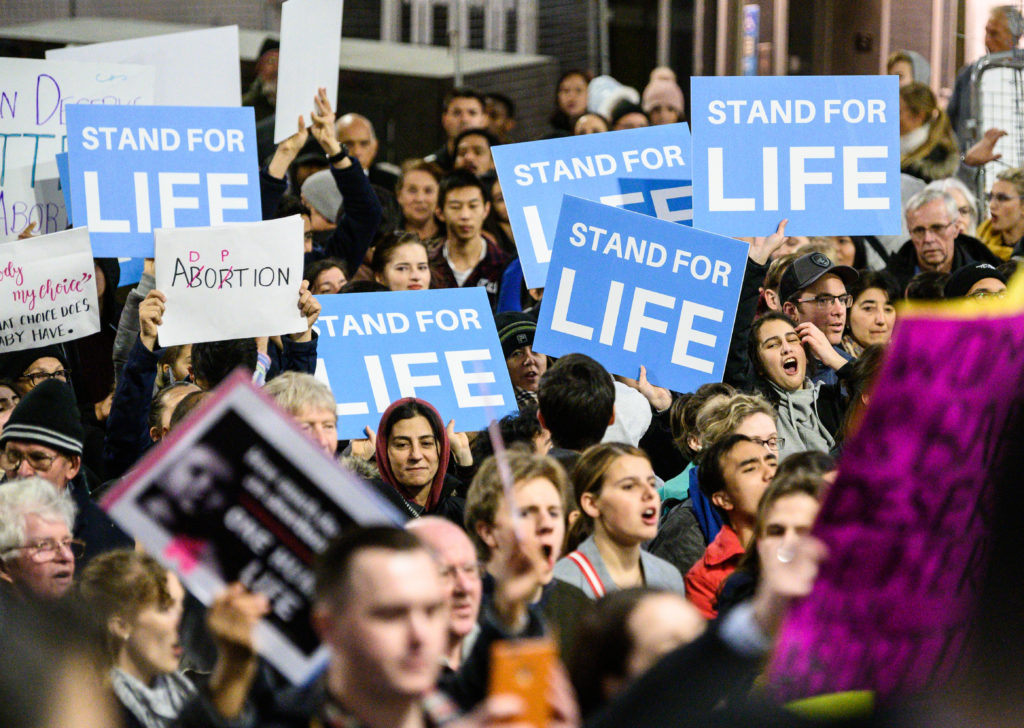 16% said they would be against such a proposal while 7% of respondents said they were unsure.

Around 1,000 people across all ages were surveyed, and while the number of people who said they'd support a ban slightly tailed off with older respondents, the trend was fairly consistent throughout every age group, with over 73% declaring their support for a protest ban in every category.

Right here (national maternity hospital), right now 1/1/20; wonder why we need exclusion zones @LeoVaradkar @SimonHarrisTD - beneath the windows of a postnatal ward, in front if people leaving after a miscarriage, with small coffins, crosses and unsavoury images. pic.twitter.com/DXBVWXw0GB

The results come just days after Health Minister Simon Harris condemned a number of demonstrators who gathered outside the National Maternity Hospital in Dublin campaigning against abortion, describing the protests as "sickening".

It sparked discussion about whether or not exclusion zones around such facilities should be implemented.

"We have heard from women who miscarried, who were asked on the street 'Are you going to murder your child?'," Harris told reporters last week, before urging people to protest outside Leinster House or his department, rather than at a hospital, if they so wished.

Harris went on to describe the protests as "harassment" and "intimidation" before admitting his support for the notion of exclusion zones around such facilities.