Bunbeg beach, Donegal, where the discovery was made (Getty)

GARDAÍ HAVE launched an investigation after a walker came across human remains on a beach in Donegal yesterday afternoon.

A passerby was walking along a west County Donegal beach yesterday afternoon, 18 February, when they made the discovery.

The remains, believed to be a human leg, are believed to have washed up on Bunbeg Beach in the Gaoth Dobhair area of the County, a Gaeltacht area also known by its anglicised name Gweedore.

A Garda spokesperson has confirmed that searches are underway in the surrounding area, telling Donegal News:

"Gardaí and the Coast Guard are currently carrying out searches along the coastline following the discovery of human remains on Bunbeg Beach, Donegal, today 18th February 2020. 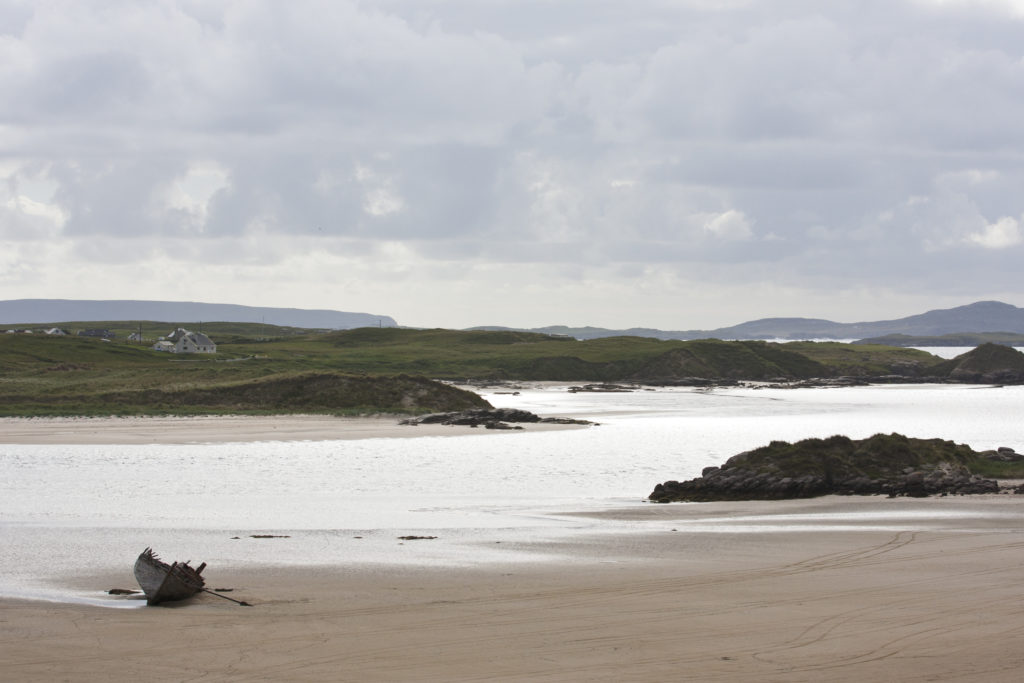 Bunbeg beach, Donegal, where the discovery was made (Getty)

“A scene is currently in place," the spokesperson said, adding that "Investigations are ongoing.”

The Irish Independent reports that an aerial search of the beach and the surrounding areas took place yesterday afternoon, 18 February, in an attempt to find a body or other relevant evidence.

The area remains cordoned off today, 19 February, with Gardaí and the Coast Guard continuing to search the area, the sea and along the coastline.

There is no further information available at this time regarding identification of the remains or details of any criminal investigation.