HUNDREDS of people attended the funeral on Friday of Bobby Messett, who died after a gun attack on Bray Boxing Club earlier this week. 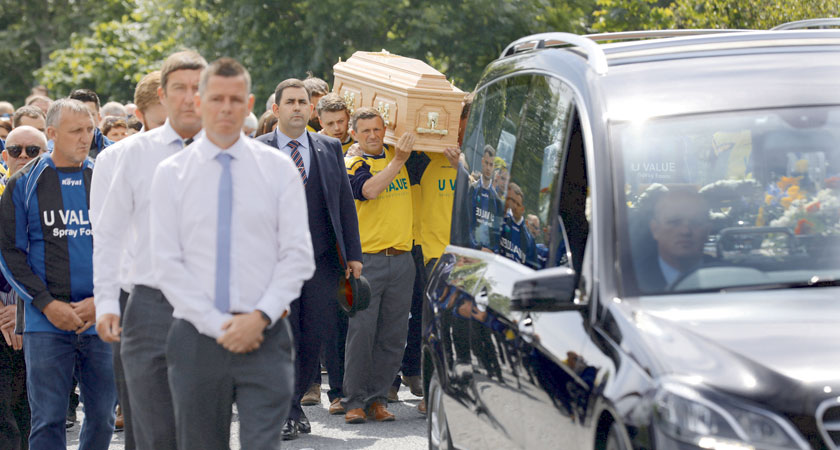 “Everyone who knew my dad Bobby knew that he was one of a kind,” he said. 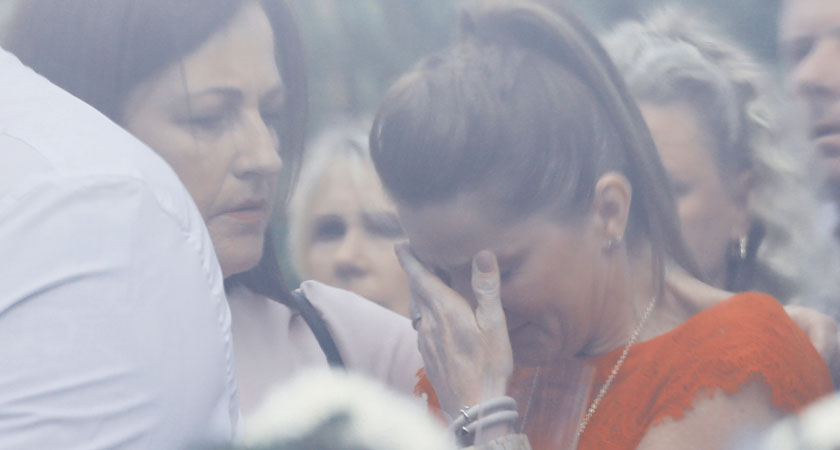 Former Ireland international Damien Duff was also among those bidding farewell to the father-of-three.

To reflect his love of sport, gifts brought to the altar included his Glencormac United jersey, a Liverpool crest, golf balls, a picture of his pigeons, his boxing gloves and cycling helmet.

There was also a photo of Mr Messett’s three grandchildren, as well as a bottle of rum to “send him on his way”. 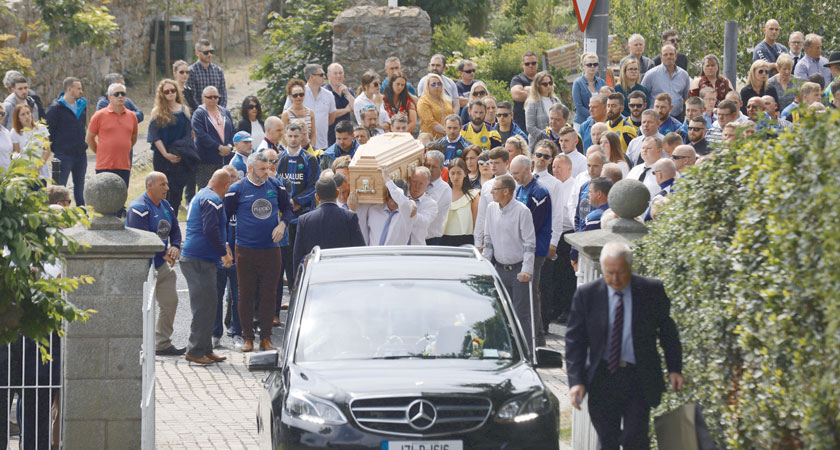 As Mr Messett’s coffin was carried to the family plot in the adjacent cemetery, a singer performed You’ll Never Walk Alone in honour of the Liverpool fan.

Mr Messett will be laid to rest alongside his mother, who passed away just three months ago. 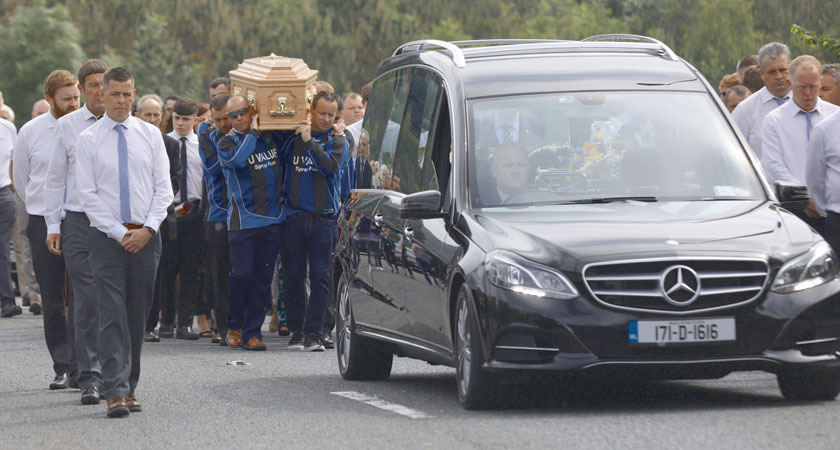 He is survived by his children Gary, Bobby and Demi, their mother Jackie, partner Natalie and her son Alex, sister Paula, brothers Jimmy and Glenn, grandchildren Lilly, Darcie, and Poppie, nieces, nephews, extended family and friends.

Mr Messett was an innocent victim of a gun attack at Bray Boxing Club on Tuesday morning.

He was near the entrance when a gunman entered just before 7am and opened fire as around 20 people prepared for an early-morning gym session.

Two other men, including Pete Taylor, father of Irish Olympic gold medal-winning boxer Katie Taylor, were injured in the attack.

The suspect, who was wearing a hi-vis vest and had his face covered, fled in a silver Volkswagen Caddy van with Northern Irish licence plates.

It was later found abandoned at Pigeon House Road in Dublin at around 8.05am, while a man was seen leaving the van and cycling away.

Gardaí have appealed to anyone who saw the van between 7-8am to contact them, particularly anyone with dashcam footage.