HUNDREDS of mourners have paid tribute to Sean McKenna, the Celtic fan who tragically drowned in a Scottish loch last month.

Sean went missing in the early hours of October 10 after leaving a friend’s house in Coatbridge, a town near Glasgow.

After his disappearance, a large police operation and social media campaign were launched, with community members from across the region joining police in local searches. 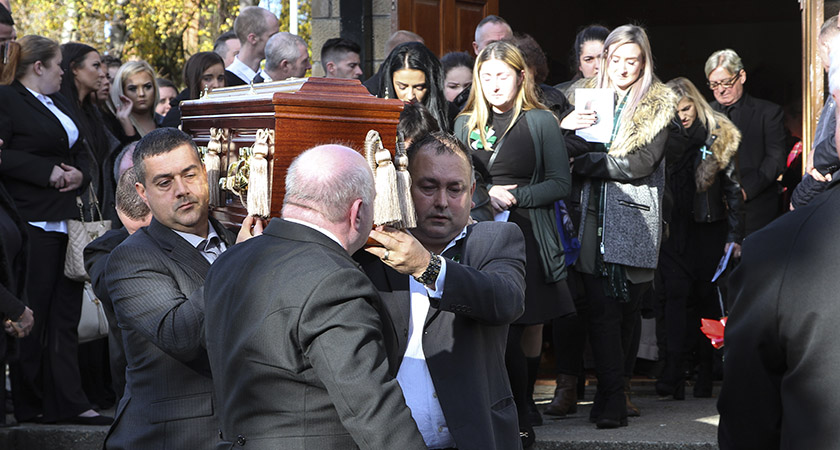 But on October 27, police confirmed that a body found in Coatbridge’s Wooden Loch was that of the 24-year-old.

Hundreds attended a vigil last week in support of the McKenna family, who are prominent members of the Irish community in Coatbridge.

Sean’s funeral – held on Saturday at St. Bartholomew’s RC Church in Coatbridge – was no different.

Upwards of a thousand well-wishers attended the service and subsequent burial, many of them clad in the green and white hoops of Sean’s beloved Celtic. 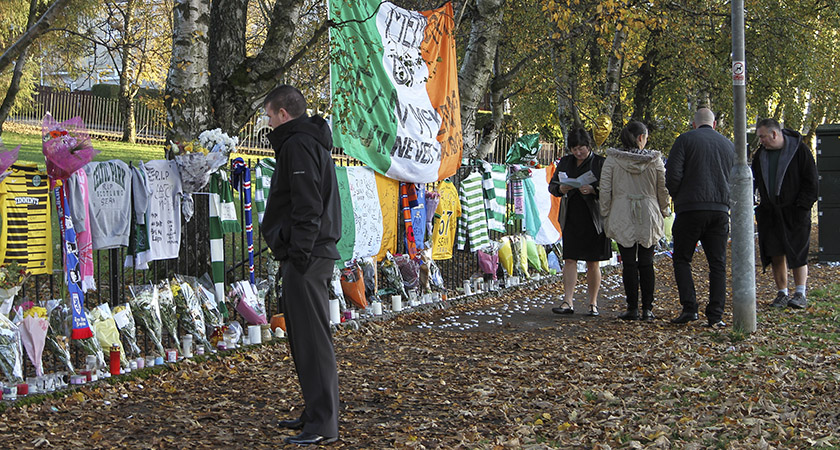 Fans of other clubs such as Rangers and Manchester United hung shirts outside St. Bartholomew’s chapel in a symbolic gesture of solidarity.

Speaking to The Irish Post, Sean’s father James said that the McKenna family were touched that so many had turned out to say goodbye to their “beautiful bhoy”.

“Over 1,000 people came to the funeral, so many that people couldn’t get into the chapel,” Mr McKenna said.

“People had to wait out in the car park and in the streets. Police shut the roads so we could go straight to the graveyard. 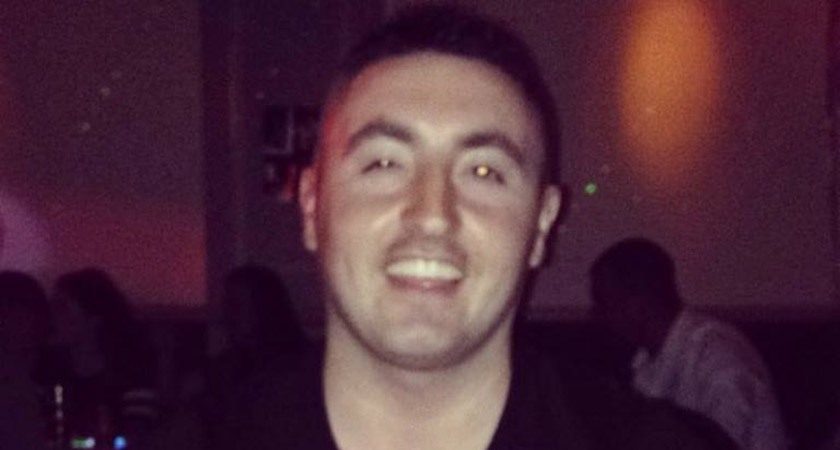 Sean McKenna
“Father Doherty said at Mass that he’s never seen anything like it in Coatbridge, how well the community has pulled together.

“The cantor was a beautiful singer, and a bus with Sean’s name and Celtic’s crest on it was a great gift from Marbill coaches. It went back and took people to the Celtic’s game against Inverness.

“If there is a positive to come out of Sean’s death it has been how strong a community the Townhead area of Coatbridge has shown itself to be. We can’t thank them enough,” he added.

Below are just some of the tributes paid to Sean McKenna...