A JILTED husband has discovered his wife has been having an affair after coming across a picture of her together with her secret lover on Google Street View.

The unnamed man, who is from Peru, took to Facebook to detail how he came uncovered the image while using the Google Maps feature to plan a trip.

It was then that he stumbled upon an image of a woman he spotted sitting on a bench with another unidentified man lying across her lap.

Though the woman's face was blurred out, as is the norm with Google Street View, he immediately recognised her as his wife, based on her clothes and appearance. 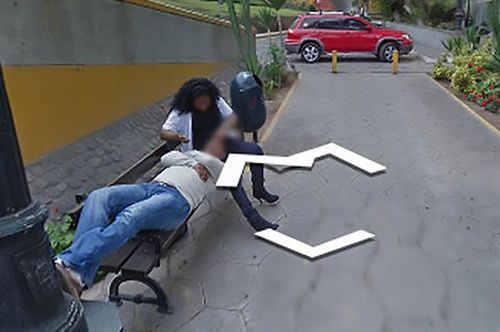 It quickly dawned on him that the image would have been taken back in 2013 when Google first sent out cars fitted with special cameras designed to digitally map out roadways.

That meant that not only had she committed adultery, but it had happened five years ago and had remained a secret ever since.

After confronting his wife over the images, she came clean about being unfaithful, with the pair reportedly deciding to divorce as a result.

It's unclear as to whether the affair had already ended or will still happening. 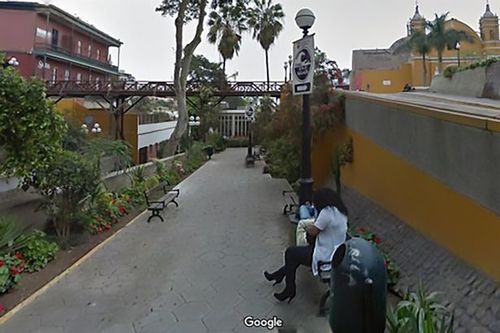 First launched back in 2007 in the US, Google Street View has since expanded to several other cities and rural regions across the globe.

It gives users access to panoramic views of many streets across the world as a means of assisting them in giving directions and getting a general idea of their location and potential destination.

This latest incident isn't the first time someone has been caught red-handed on Google Street View. In Colombia, it was successfully used to capture an attempted robbery.