Ian Paisley - a life in pictures

Three Ulster Protestant Clergymen, including the Reverend Ian Paisley, right, with police at London Airport after shouting disapproval at Dr Ramsey, Archbishop of Centerbury who is bound for Rome, 22nd March 1966. (Photo by Ted West/Getty Images)

After announcing his candidacy for the general elections in Lisburn, fundamentalist Protestant leader, Ian Paisley is accompagnied by his wife, as they join the procession on the city streets, in the snow, in 1969. (Photo by Keystone-France/Gamma-Keystone via Getty Images)

Northern Ireland Protestant Unionist MP Reverend Ian Paisley pictured in London to attend the swearing in of MP+s in the new Parliament in 1970.  (Photo by Popperfoto/Getty Images)

In front of the Canterbury Cathedral (England) in which a Catholic mass was being held, Fundamentalist Irishman, Reverend Ian Paisley sings accompanied by a crowd of supporters, show their hostilities towards Catholics, as well as demonstrate placards against the Roman Catholic Church in 1970. (Photo by Keystone-France/Gamma-Keystone via Getty Images) 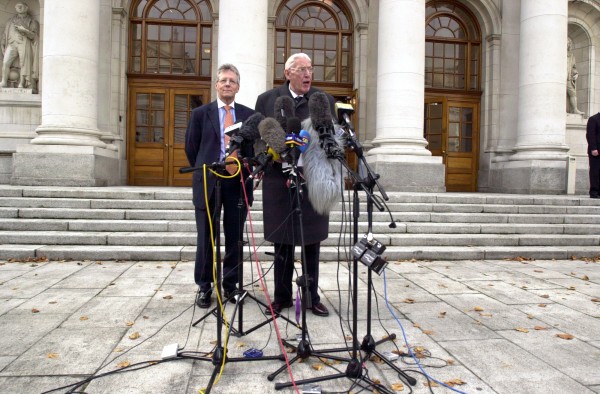 Democratic Unionist Party Leader, Ian Paisley and Deputy Leader, Peter Robinson outside Government Buildings in 2004 after their meeting with the Taoiseach. 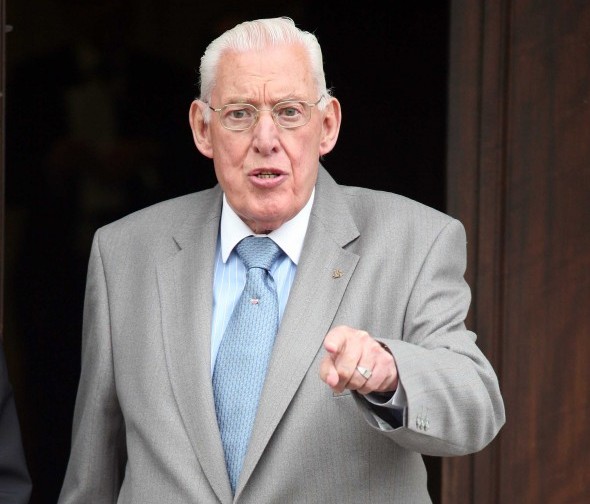 In 2007 Northern Ireland First Minister, the Rev Ian Paisley accused the Irish government of provoking the Dublin and Monaghan bombings in 1974 in which 33 people were killed. He is pictured here at Parliament Buildings, Stormont (Belfast), before the arriving of British Prime Minister. (Photo: Albert Gonzalez / Photocall Ireland) 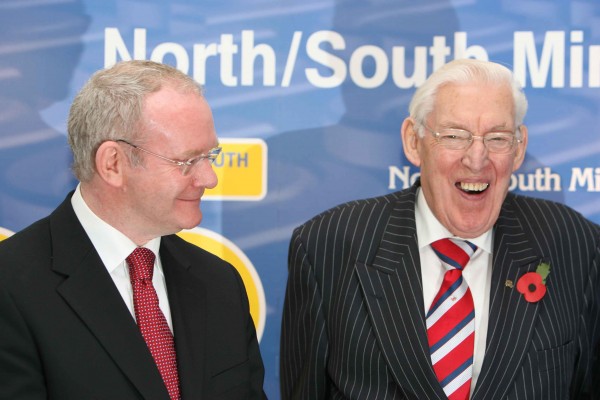 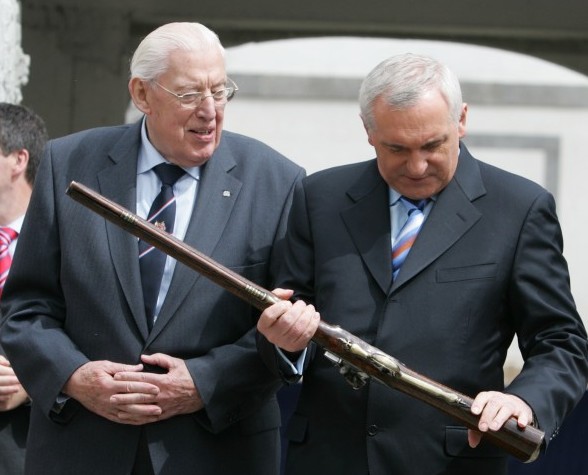 Northern Ireland First Minister Ian Paisley and An Taoiseach Bertie Ahern visited the historic site of the Battle of the Boyne in 2007. Mr Paisley also presented the Taoiseach with a musket which dates back to 1685, used in both the Battle of the Boyne and the siege of Derry. This visit marks the first official visit of Mr Paisley to the Republic since he took office. The two men also planted a Walnut Tree as an indicator of a good future. (Photo: Eamonn Farrell /Photocall Ireland) 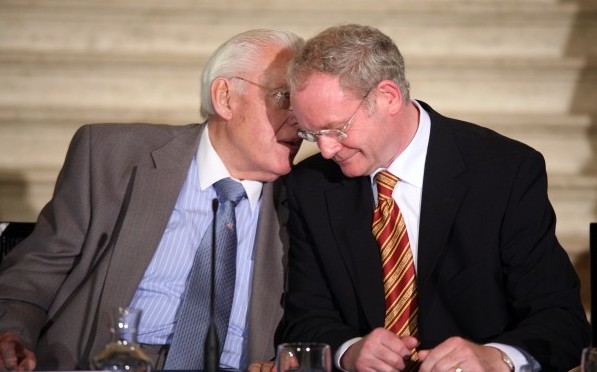 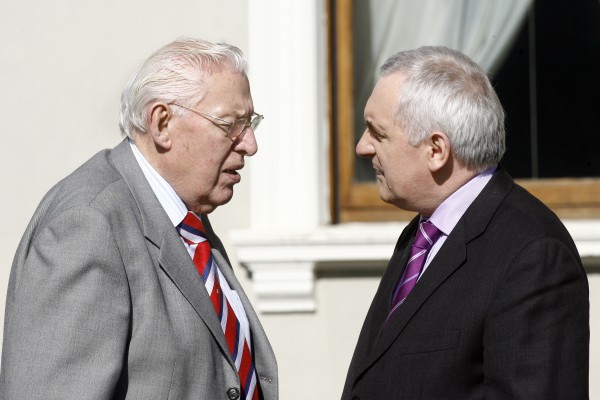 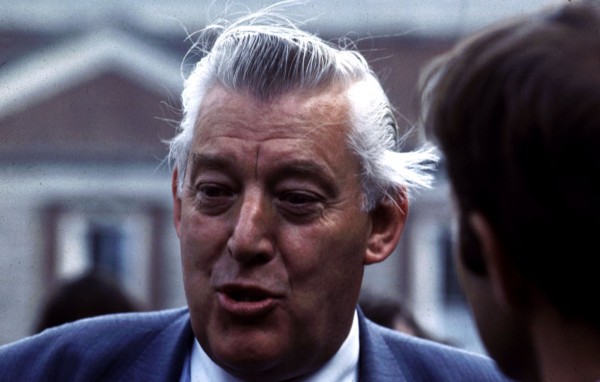 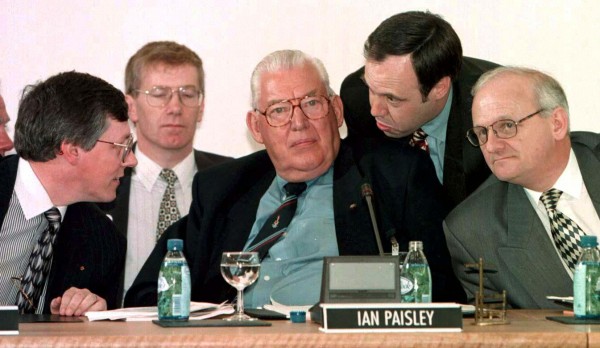 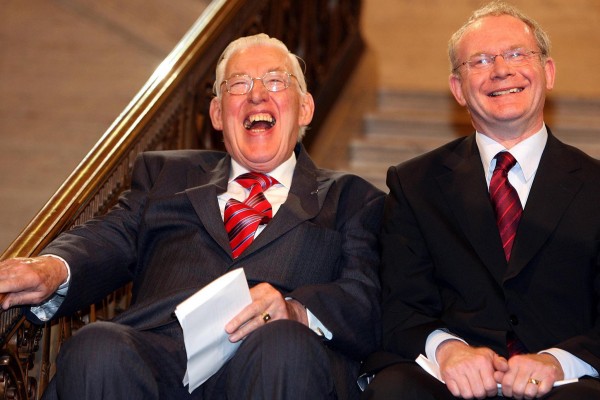 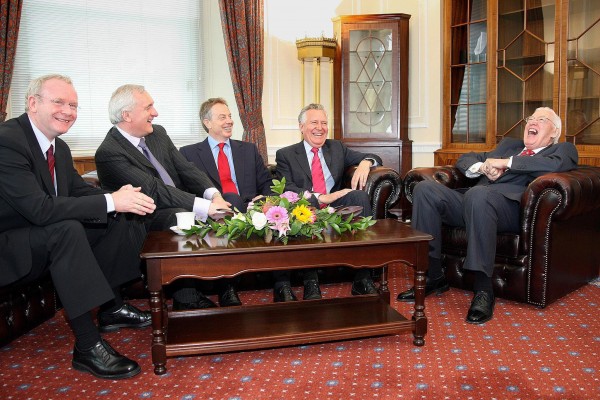 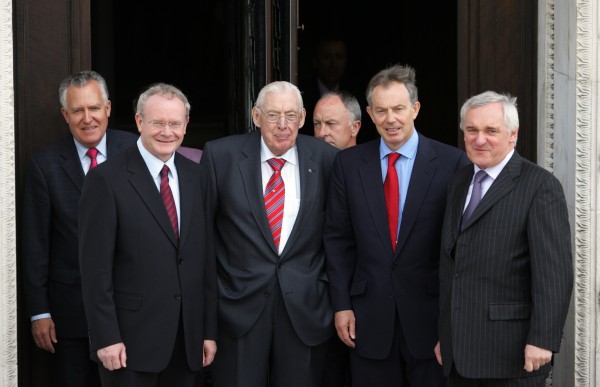 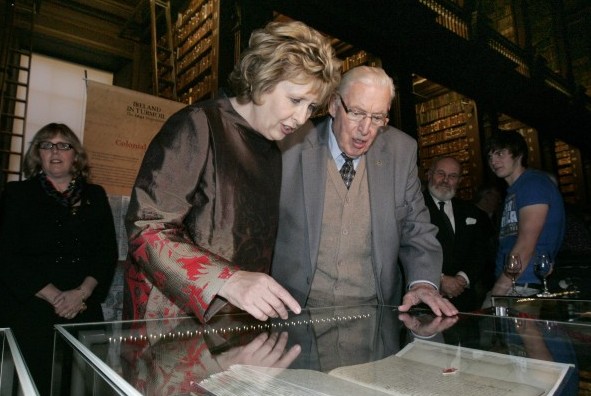 Pictured at the opening of 'Ireland in Turmoil: the 1641 Depositions' at Trinity College Dublin, 2010, in the Long Room at TCD are the President of Ireland Mary McAleese and Lord Bannside Dr. Ian Paisley. The exhibition aims to raise awareness about the 1641 Irish Rebellion, one of the most bloody and traumatic moments in Irish history with a view to promoting greater understanding between the different traditions on the island of Ireland. (Photo: Mark Stedman/Photocall Ireland) 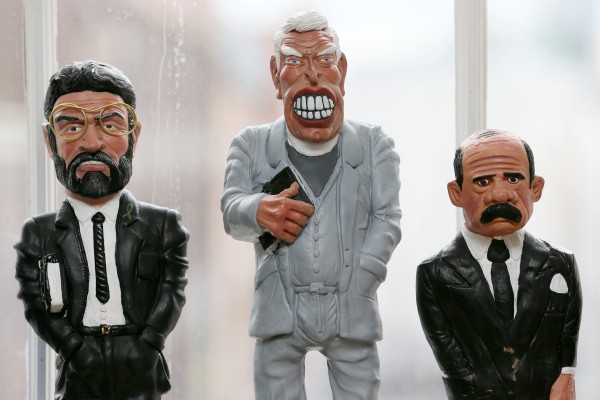