The two men were captured in CCTV in the area (Images: West Midlands Police / Google Maps)

POLICE have released images of two men they would like to speak to in connection with a stabbing at an Irish pub in Birmingham.

A 20-year-old man suffered multiple injuries to the chest and stomach after being attacked at the Kerryman pub in Digbeth at around 1.30am on Saturday.

He is believed to have been assaulted by up to four men and remains in hospital in a serious but stable condition.

Officers believe these two men who were captured on CCTV in the area may have vital information to assist with their enquiries.

One is described as white, of slim build, and was wearing a checked shirt. The other is black, tall and slim and had a blue T-shirt on. 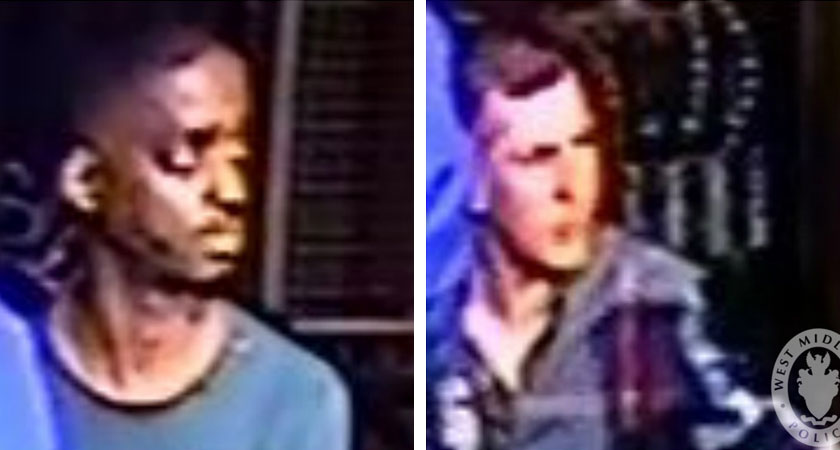 Police would like to speak to these two men (Images: West Midlands Police)

PC Amit Talafair, from Force CID, said: "This was a nasty attack which has left a man in hospital with a number of stab wounds.

“We have already spoken to quite a number of people in the area at the time but particularly need to trace these two men as we progress this investigation.

“This is a busy part of the city centre and we believe there will also be others out there who have not already spoken to officers but could provide important information.

“We want to hear from anyone who was in the vicinity, as even though you feel anything you saw was insignificant it could be vital for us in piecing together what went on.”

Anyone with information should call 101 quoting crime reference number 20BW/116603J/18.