In Pictures: Ireland And England Fans Endure A Snore Draw As Game Passes Off Peacefully

England football fans Geoff York from London and Bob Dockerson from Ipswich in Temple Bar ahead of the game. Photo - Sam Boal/Photocall Ireland

FOLLOWING yesterday’s 0-0 draw in the Ireland v England friendly in Dublin, the police officer charged with overseeing the UK’s football policing response has thanked fans on both sides for contributing to an incident-free weekend in Ireland’s capital.

National Police Chiefs' Council Lead for Football Policing, Assistant Chief Constable Mark Roberts said: "I am delighted by the outcomes thus far in terms of security around the Ireland v England match at the Aviva Stadium and across Dublin over the weekend.

There were no incidents of disorder in Dublin on Saturday or Sunday nights, and a very good atmosphere inside the stadium for yesterday’s match, which was undoubtedly helped by an early kick-off time which meant access to pubs and off-licences was limited. I am convinced that early kick-offs are a useful tactic to deploy for high-risk matches." 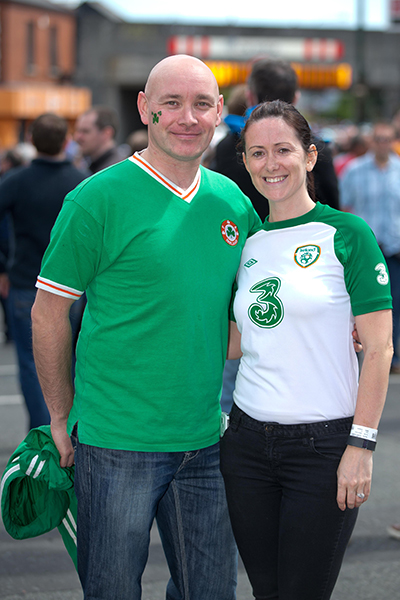 Irish fans watching the game in pubs and clubs across Britain had little to cheer about as the Boys in Green ground out a dreary scoreless draw with England.

The Irish Post dropped into the Man of Aran pub in Harrow where the customers weren't too impressed with proceedings at the Aviva Stadium, with attention soon turning to the far more entertaining Munster Senior Hurling Championship game between Waterford and Cork. 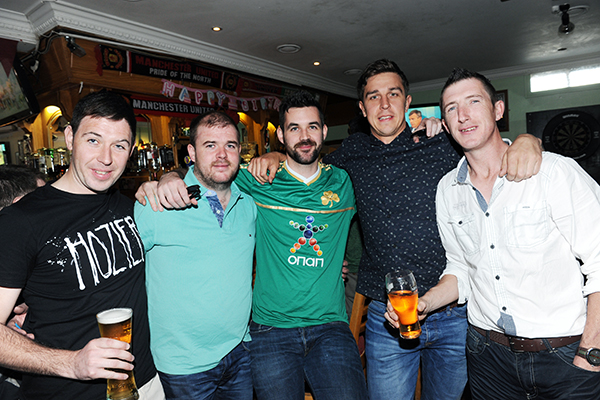 Watching the game at the Man of Aran were Eamon McAuley, Stephen McMullan, Shay Breen, Tadhg Healy and Paul Stakard. 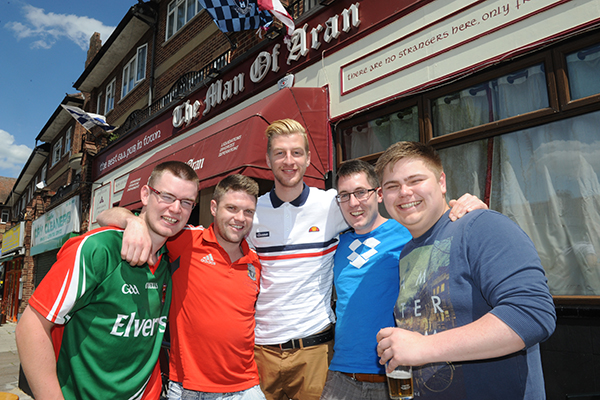 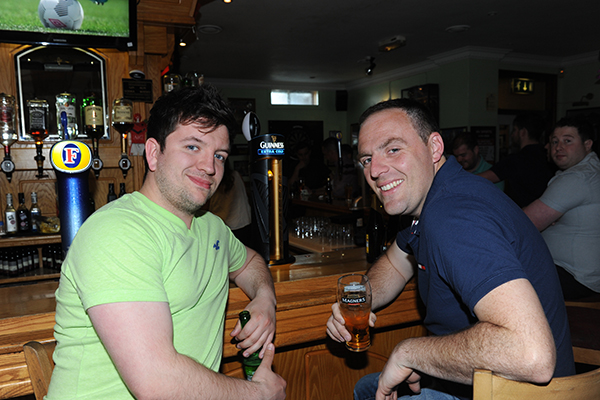 Hughie McManamon from Mayo and James Egan from Tipperary. 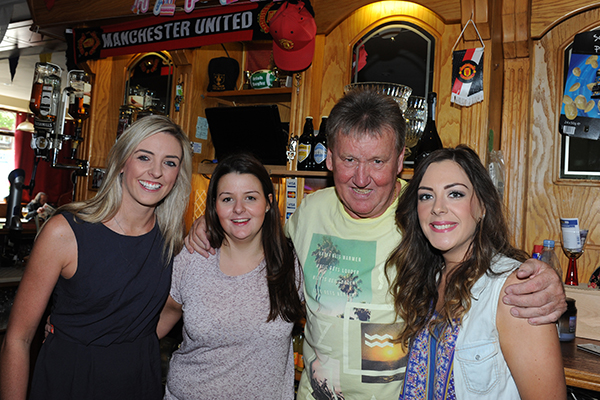 Galway man Ambrose Gordon from the Man of Aran with bar staff Mairona, Grace and Jennifer.