INTEGRATED education could be the key to economic success in the North of Ireland, a London audience has heard.

“An integrated education equips our young people with a high-quality, tailored school experience that maximises their skill sets and enables them to succeed in their future career,” Treasa Harkin, chair of the Integrated Education Alumni Association, claimed at an economists’ debate on education reform.

More than 100 people attended the seminar held at Deloitte’s headquarters in the capital – where a distinguished panel tackled the topic of education reform and the long-term economic needs of the North.

“Our goal in hosting this seminar was to promote progressive and innovative thinking to lead us to the sort of inclusive society and strong economy that the people of Northern Ireland want,” Ms Harkin explained.

“We are delighted by the quality of engagement we saw on the evening,” she added.

Proceedings were chaired by the prominent Northern Irish businessman Ian Doherty, the Managing Director of James Doherty Meats in Derry. 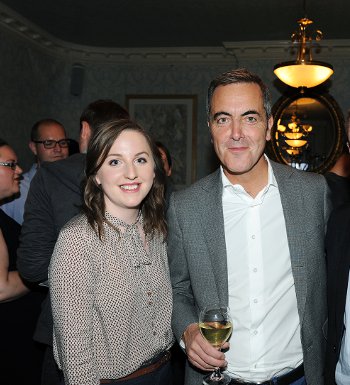 The event marks one of the first hosted by the IEAA, which was launched in London last September with the help of celebrity supporter James Nesbitt – a self-proclaimed “early adopter” of integrated education.

The Hobbit actor, who hails from Co. Antrim, attended and spoke at the IEAA launch at The Kings Head private members club last year, telling the men and women behind the association: “You are an extraordinary advertisement for Northern Ireland; not just today, but for tomorrow and also for every day of the rest of your lives.”

He added: “None of the progress [in NI] would have been made so far without inclusion, without respect, and without friendship and without trust, but there is still an awful long way to go.”

The IEAA group, a branch of the Integrated Education Fund, is made up of former pupils of integrated schools across the North, who are now working and living in London.

Following their recent seminar, Ms Harkin explained: “Countless other young adults who are, like us, currently living, studying or working in London passionately want to see Northern Ireland prosper.”

She added: “Most of us will, at some point, want to return home, and we will want to work in a thriving economy and live in a forward-looking society which is as ambitious as it is inclusive.  This seminar was all about mapping out a path to the fulfilment of those goals.”

Held in partnership with the Integrated Education Fund, the event was sponsored by Invest NI.