IT”S been a fantastic week for Irish sport; Shane Lowry secured his first major title with victory at The Open, Dundalk F.C moved a step closer to Champions League qualification after a promising draw with Qarabag, and now Ireland have bowled out world champions England for just 85 runs. And on their own turf, no less.

In only their third ever test-match, Ireland set a fairly high bar for themselves after skittling out the English before lunch on Wednesday.

Ireland’s Tim Murtagh managed to take five wickets for just 13 runs, the second-best result for any bowler taken against England.

The home side at one stage lost six wickets for just seven runs as they failed to get to grips with the Irish onslaught of Murtagh, Mark Adair - who took three wickets, and Boyd Rankin - who took the other two. 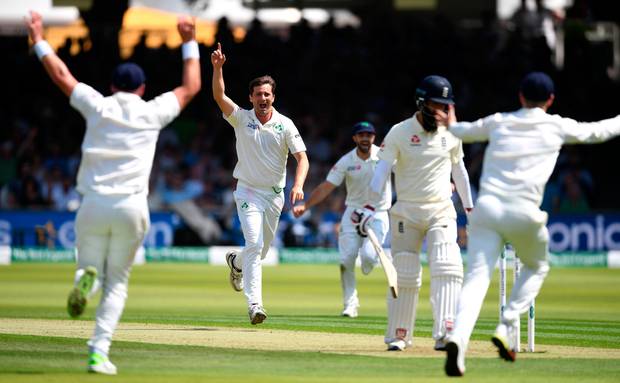 Ireland then stepped up to the crease and, thanks in part to a half century from Andy Balbirnie, raced to a commanding 132-2. But Stuart Broad and Olly Stone shared four wickets as England clawed their way back into the tie.

Ireland were eventually bowled out for 207, leaving England trailing by 122 runs going into Day 2 and the second innings.

Just 10 days ago, England were crowned world champions at this ground, and with The Ashes just over a week away, confidence, concentration and form couldn’t possibly be used as an excuse for the result.

London-born Murtagh, 37, switched allegiances from England to Ireland in 2012 and pulled on the Irish jersey for country’s first Test match against Pakistan back in 2017. 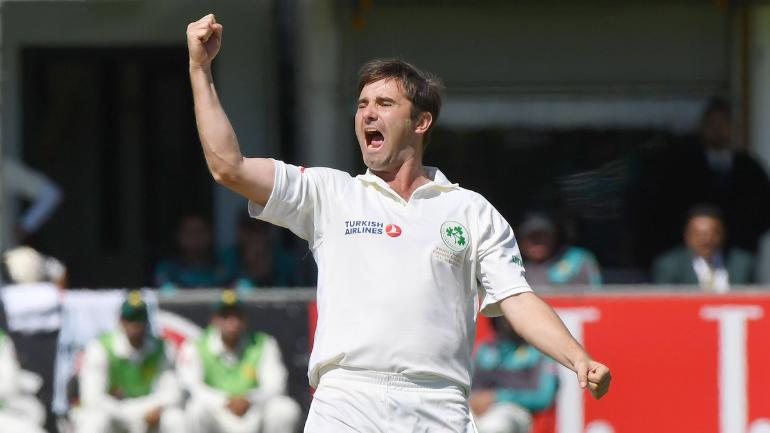 London-born Murtagh switched allegiances from England to Ireland back in 2012.

The bowler, who’s been playing at Lords for Middlesex since 2006, spoke of his pride following his impressive wicket haul yesterday.

“Walking off having taken five wickets is as good a feeling as I’ve had in my career,” Murtagh said.

“It’s as special as it gets for any cricketer.

“Growing up as a kid I dreamed of being on that honours board, probably not in that [away] dressing room, but as it’s worked out being in the away dressing room makes it that bit more special now.”