It follows criticism from the UK government over comments made by Leo Varadkar about a united Ireland earlier this week.

During a conference with Fine Gael colleagues, the Tanáiste is understood to have said it was the party's "mission" to work towards reunification.

Varadkar added: "I believe in the unification of our island and I believe it can happen in my lifetime," according to sources.

In response, UK northern secretary Brandon Lewis described the remarks as "unhelpful and ill-advised," given current tensions in Northern Ireland.

Mr Lewis said the British government "would be concerned about any deviation from the principle of consent as enshrined in the Belfast Good Friday Agreement," and urged both sides to "dial down the rhetoric, particularly at this time of year."

However, Minister Harris took issue with the comments. 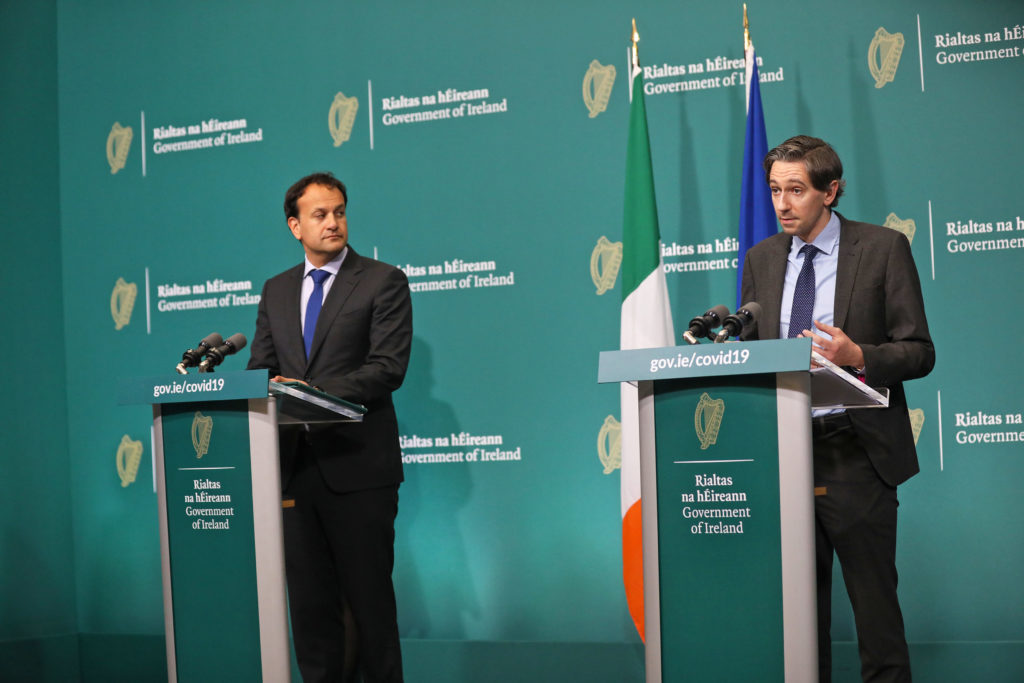 "It has been a hell of a long time since any Irish minister needed permission from the British government to make a comment at a political ard fheis [party conference]," the Minister for Further and Higher Education told RTÉ.

"I don't comment on Boris Johnson's constant rhetoric about preserving the union in his sincerely held view in relation to that."

Harris insisted that it is a "legitimate aspiration of Irish people to unify our country" and that Mr Varadkar "believes passionately in a united Ireland."

"What Leo Varadkar was talking about is the need to have an inclusive, open, generous, outward-looking, modern debate over what the future holds for us all on this island," Coveney said.