THE newly elected 46th President of the United States of America Joe Biden has been invited to visit the further shore of his ancestral homeland in Ireland.

In a divided world that witnessed President Donald Trump hold office and Brexit set to shake up the border in Ireland, the new President-elect of America has Co. Louth blood running in his veins.

Only the second American president to be both Irish and Catholic, the Oval Office of the White House hasn’t witnessed such strong links to the Emerald Isle since JFK (John Fitzgerald Kennedy), who visited Ireland in 1963.

The Irish ancestry of Joe Biden in both the Blewitt family in Ballina, Co. Mayo and the Finnegan family in Carlingford, Co. Louth has already seen the lifelong Democrat visit both areas in recent times.

In Louth, the Irish connection comes from Joe Biden’s great, great grandfather, Owen Finnegan, from Carlingford, married to Jean Boyle, who emigrated with their family to America from Newry in the 1840s.

Reaction to Biden gaining the required magic number of 270 electoral college votes was met last Saturday with a great sea of social media congratulations - including from the Finnegan ancestral family in Co. Louth, where then Vice President visited the Lily Finnegan pub in 2016.

The anticipation of a new presidential visit to the local area has already begun to gain political support.

With the pending Brexit regulations on the border taking place in the new year, it is thought that Joe Biden, who has been publicly vocal on the need to protect the Good Friday Agreement, may just turn up sooner rather than later on the Cooley peninsula.

Newry, Mourne and Down Council (NMDDC) chairperson, Laura Devlin has welcomed the election of Joe Biden and Vice President Kamala Harris, the first woman and person of colour to the hold the post, signalling it as a “hopeful turning point”. 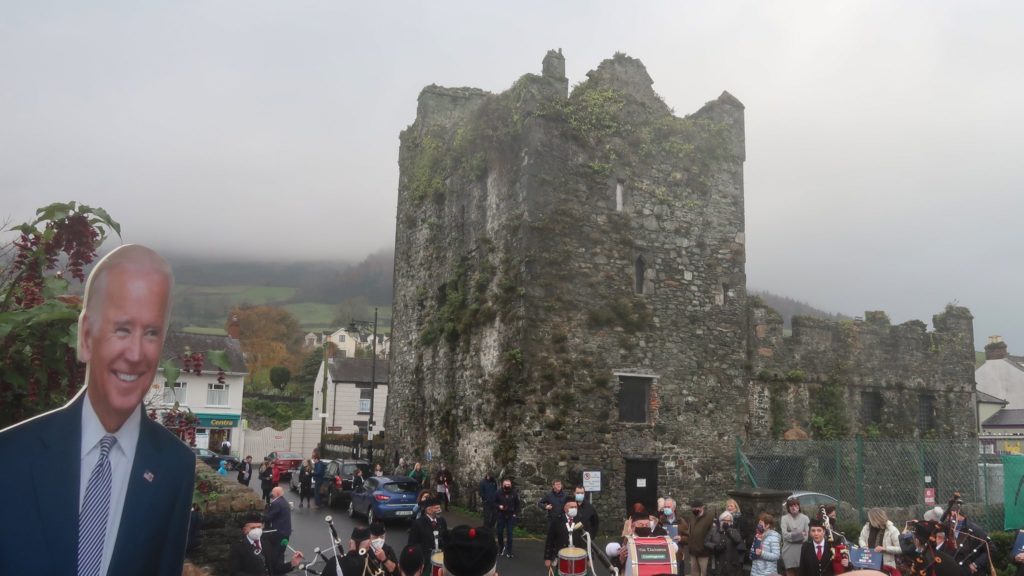 Joe Biden fans gathered in Carlingford to celebrate his victory over Donald Trump in the US presidential election Image: @CarlingfordIRE

“I am proud to have been able to send a message of congratulations to the President-elect from our district with an invitation to come to Newry, Mourne and Down, which is so close to the homeland of his ancestors in Cooley, Co Louth,” said Cllr Devlin.

“The last four years have been incredibly difficult for so many people around the world.

“When the highest political office in the world is occupied by a figure that is so divisive that has acted and spoken in the most un-presidential way possible, has a devastating ripple effect.

“It was horrific to hear the way the President (Donald Trump) spoke about women in the past and mocked those with disabilities.

“His obstinance, malcontent for the office of President and narrow-minded nationalism were moments of shame for all those who hold political office.

“Saturday’s announcement that President elect Joe Biden was projected to win the election, against all odds, has had its own ripple effect.

“It has sent a tidal wave of hope, and of joy around the world, not least of all here in Ireland.

“We have always held a special place in our hearts for those who hold Irish heritage and President elect Joe Biden is no different.

“Furthermore, the election of Vice President elect Kamala Harris should serve as a reminder to every young woman across the globe.

“Let her election remind you that no matter who you are, no matter what your gender or background, there is no limit to what you can achieve and the heights of the office you can occupy.

“The last four years of the American presidency have been marred by exclusion and disgrace.

“Let the years of President Biden be a time of hope, unity and purpose and most importantly, peace,” added the chairperson. 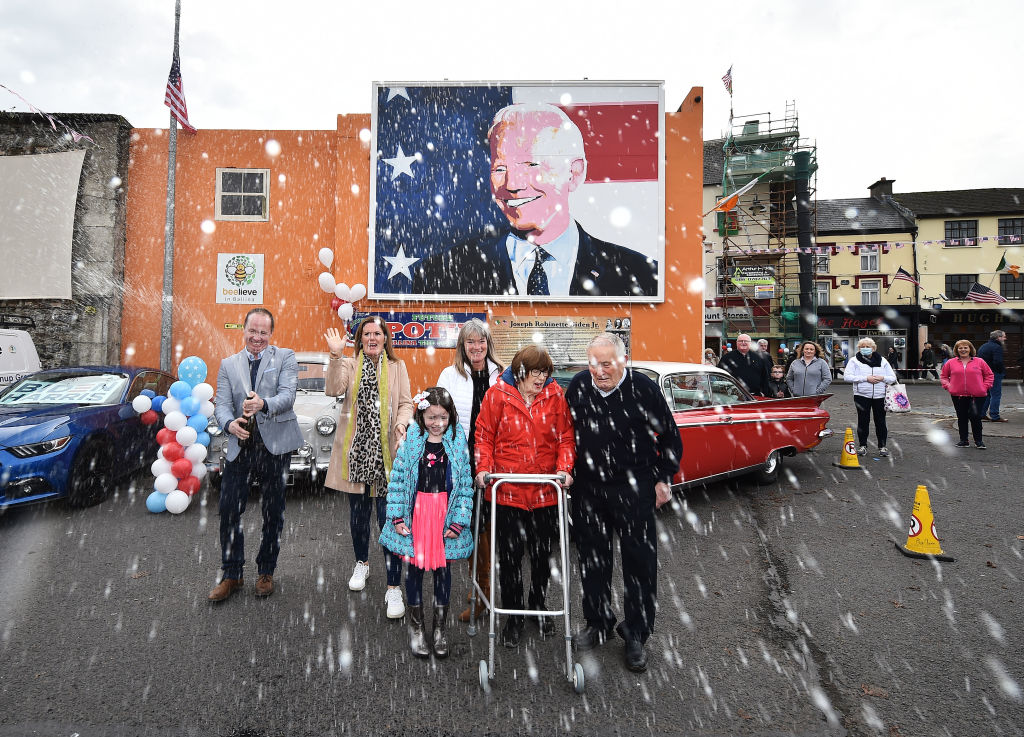 The ringing endorsement for the newly elected president, with the highest ever popular vote in an American election history, is also gaining political ground across the Irish border.

The last American president who held similar Co. Louth Irish ancestry was William H Taft, a Republican who held office from 1909 to 1913.

On the opposite side of the Carlingford Lough, a short distance away, General Ross from Rostrevor was responsible for burning the presidential house in 1812, leading to the building being whitewashed to cover scorch marks and generating its eternal name, the White House.

It is hoped that the strong local historical links to political power in Washington DC may now bring stronger bonds and investment to the border region in Ireland.

TD for Co Louth, Deputy Ruairí Ó Murchú has now called for a crossborder council pledge to bring about an official presidential visit in “uncertain times”.

“I welcome the election of Joe Biden as President of the United States after a hard-fought battle,” said Mr Ó Murchú.

“His election has a very special resonance for the people of north Louth and the border area.

“Many people recall, with fondness, the visit of Mr Biden to Cooley in 2016.

“Mr Biden has often said how much his Irish roots mean to him.

“With Brexit looming, it is more important than ever to have someone in the White House who understands the impact this will have on Ireland and particularly any hardening of the border.

“As President of the United States, Mr Biden will be able to make real his expressions of support for Ireland and the Good Friday Agreement."

He added: “It will be 20 years ago next month that President Bill Clinton visited Dundalk.

“I was there that evening and it was an incredible boost for the whole region.

“Louth County Council should immediately contact their counterparts in Newry, Mourne and Down Council, as well as the relevant government departments in each jurisdiction to issue a formal invitation to Mr Biden to return to his roots in Cooley, this time as American President.

“It would send out a powerful and symbolic message to the world that America stands with Ireland as it faces the uncertainty of a post-Brexit future,” added the Louth TD.