IRELAND IS dreaming of a white Christmas with Met Eireann “some wintry falls” could hit the Emerald Isle this coming weekend.

The cold weather conditions look set to continue for much of the week, with strong winds and rain forecast on Thursday and Friday through to the weekend.

From there, however, things could get decidedly cooler with the Irish national forecaster predicting possible snowfall in some areas over Saturday and Sunday.

The forecaster said: "Mainly dry and bright at first in the east but showers in the west will become widespread during the morning.

"The showers will be most frequent in Atlantic counties, some of hail and thunder, with the odd wintry fall possible on higher ground.

"Highest temperatures of only 4 to 7 degrees, in fresh and gusty westerly winds."

Wednesday is set to bring sleet showers followed by patches of rain and lows of of 1C. 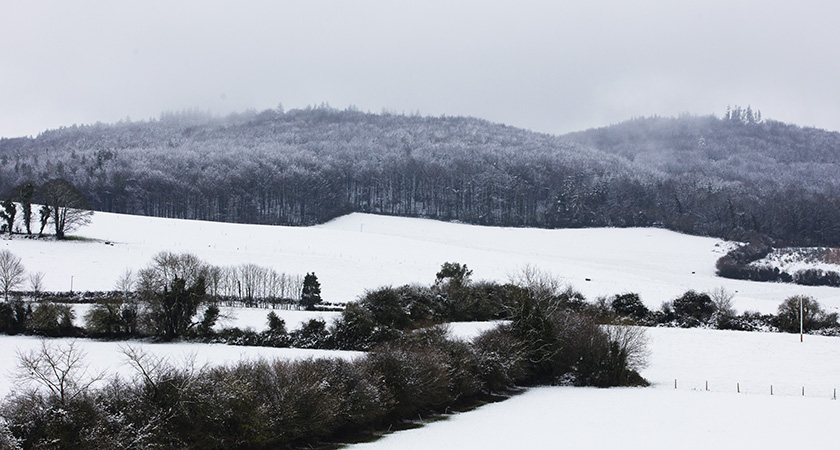 "Later in the night cloud will thicken and rain will develop, possibly preceded by sleet on high ground.

"Lowest temperatures of 1 to 4 degrees early in the night. Winds will moderate but it will continue breezy on west and south coasts."

Thursday is set to be largely wet and windy with “very windy conditions” forecast for Friday alongside occasional sunny spells.

Snowfall could arrive late on Friday, with temperatures set to drop to around 0C.