Jonathan Sexton has been named as Ireland's captain following Rory Best's retirement, while five uncapped players have been given the nod: Max Deegan, Caelan Doris and Ronan Kelleher from Leinster, and Billy Burns and Tom O’Toole from Ulster.

All five players have been on top form for their clubs this season, helping Leinster and Ulster to first and second in Conference A of the PRO14 respectively. 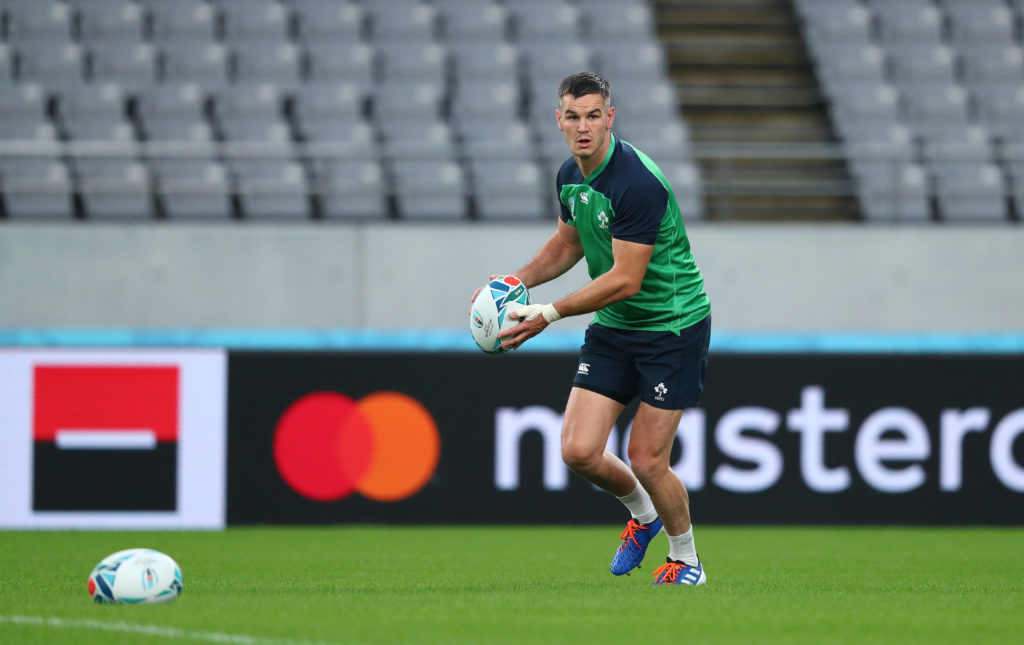 Four development players; Ryan Baird, Robert Baloucoune, Harry Byrne and Will Connors have also been included and will train with the squad at the warm weather camp in Portugal and in the lead up to the opening game against Scotland.

Speaking after the announcement, Farrell spoke of his belief that Sexton was the perfect man to lead Ireland into the tournament.

"We have appointed Johnny as captain for the Six Nations Championship, you can see what it means to him and the enthusiasm he will bring to the role.

"He has been developing as a leader for a number of years with Ireland, Leinster and the Lions and he will be a positive voice for the group," he added.

Ireland’s final home game of the 2020 Championship is against Italy on Saturday, March 7. 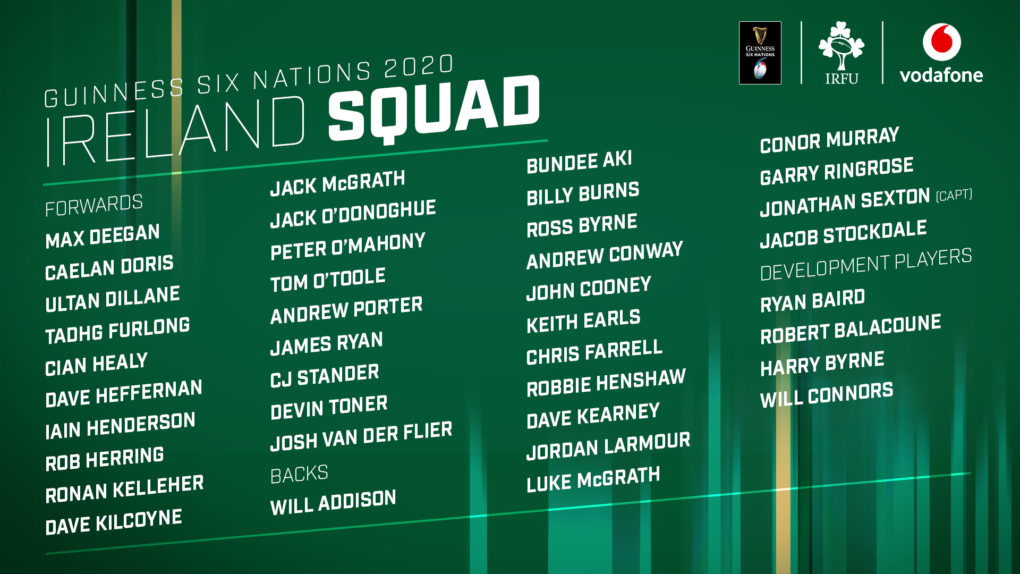 *Uncapped At This Level