ON SUNDAY Ireland get their 2019 World Cup campaign underway against Celtic rivals Scotland in Yokohama.

Joe Schmidt's side head into the tournament following a series of impressive wins against Wales and Italy, either side of a humiliating defeat at the hands of England last month.

Nevertheless, confidence is high in the green camp as the Irish go in search of their very first Webb Ellis trophy triumph.

The match against the Scots isn't until 8.45am (Irish time) on Sunday morning, but Schmidt has already confirmed his starting XV for the clash, making five changes to the side that beat Wales 19-10 a fortnight ago.

As expected Rory Best will captain the side at hooker for his 121st Ireland cap and his twelfth World Cup appearance.

Jordan Larmour, one of eight World Cup debutants in the side, moves to full-back in place of Rob Kearney who has a calf niggle.

Garry Ringrose slots in alongside Bundee Aki in midfield as Keith Earls and Robbie Henshaw both miss out due to injury. Jonathan Sexton and Conor Murray complete the back line.

Ireland's front row is unchanged from the Wales game, with Best, Cian Healy and Tadhg Furlong retaining their places.

Vice-captain Peter O’Mahony is in at blindside flanker, with Henderson, James Ryan and Josh van Der Flier complete the back row along with number eight Stander.

There are World Cup debuts in line for Larmour, Stockdale, Ryan, Aki, Stander, Ringrose, Conway and van Der Flier as Schmidt looks for a balance of fierce young energy and reliable, brutish experience. 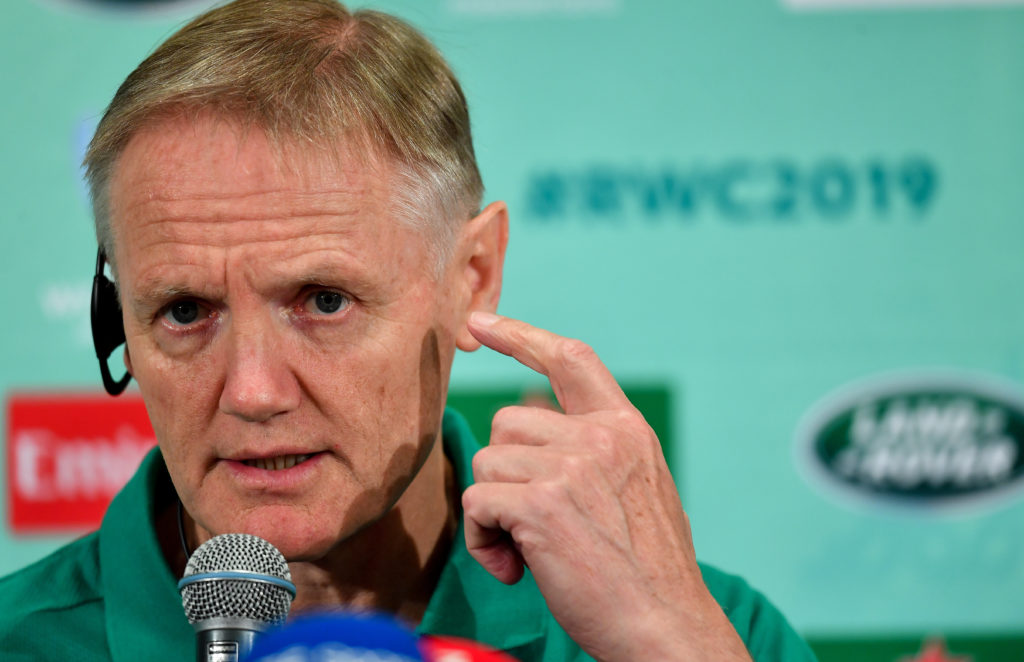 Ireland head coach Joe Schmidt during the Ireland Rugby squad announcement, ahead of their opening Pool A game against Scotland in Yokohama

When asked if his side was peaking at just the right time, Schmidt said: "You’ve just got to hope so, I can’t guarantee anything. In 48 hours’ time we’ll have a better idea.

"But one thing I’ll be really confident of is that we’ll be tough to beat. That in 48 hours’ time I think you’ll see a very collective effort, and that effort will make us tough to beat. I’ve no doubt that the Scots will have been working away and will make themselves something similar," Schmidt added.

"I don’t think there’s a huge amount between the two teams, so whoever does get the bounce of the ball or just be a little more efficient than the other just may tip the balance."

Speaking about the team selection and the players working back from injuries, he admitted: "It was really just that we were getting tight for time. The best continuity we had was to have the guys we’d had training through the time we’ve been here.