STEPHEN KENNY will face a stern test of his managerial credentials after the Republic of Ireland were drawn in a tricky qualifying group for the 2022 World Cup.

The draw at FIFA Headquarters in Zurich, Switzerland, saw the Boys in Green end up in a group alongside the reigning European champions Portugal and perennial dark horses Serbia.

Kenny’s team will also face Luxembourg and Azerbaijan in Group A of the European qualifiers section for the finals, which are due to be played over November and December 2022.

Neither side will be taken lightly either, given a noticeable improvement for both nations on the pitch in recent years.

Luxembourg picked up four points during qualifying for Euro 2020, while Azerbaijan held Croatia to a 1-1 draw during those same qualifiers.

After underwhelming performances during both the European Championship Qualifiers and UEFA Nations League, morale around the Irish national team is approaching an all-time low with the arrival of Kenny as manager failing to yield an improvement in results on the pitch.

Ireland slumped to a 3-0 defeat to an experimental England team last month while many in the squad will recall the way the Republic’s hopes of reaching the 2018 World Cup in Russia imploded with a 5-1 defeat to Denmark at the Aviva Stadium in the second leg of their playoff, having drawn 0-0 in Copenhagen.

Kenny’s team have gone eight games without a win and 11 hours without a goal. So far, the only goal scored under the former Dundalk manager has come via a late Shane Duffy header away against Bulgaria back in September.

Ronaldo will surely relish the opportunity of going up against Ireland, having never previously scored against the Republic.

Portugal’s all-time top scorer bagged the first of his nine international hat-tricks to date against Northern Ireland in Belfast back in 2013 and will be eager to continue breaking records for the national side, as he aims to continue playing at the top level beyond the age of 40. 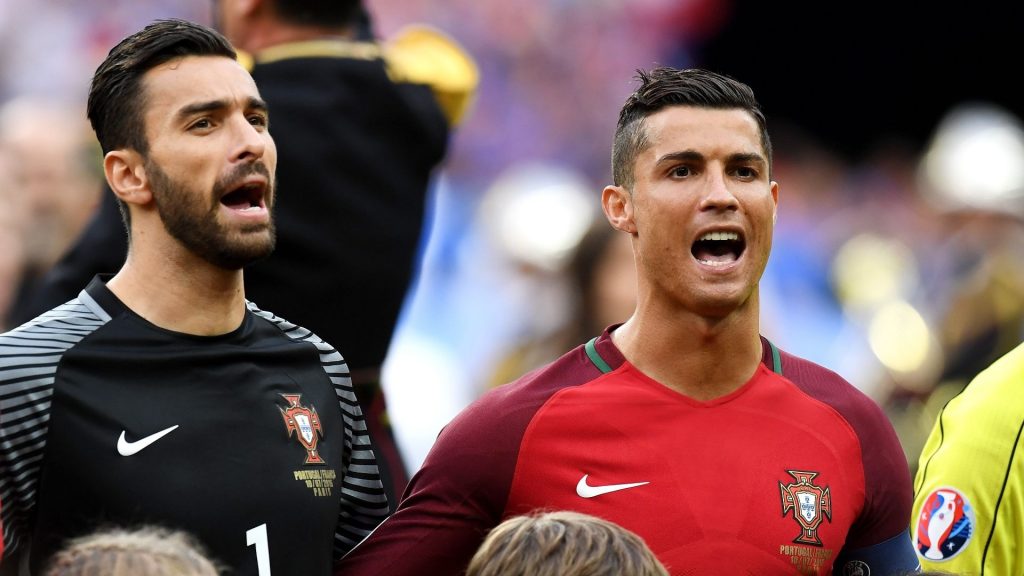 Kenny will have some hope of claiming points off Serbia, given the way they underwhelmed in their Euro 2020 play-off final with Scotland, slumping to a shock defeat on penalties against Steve Clarke’s side.

The European section of the World Cup qualifying draw saw 55 national sides split into five groups of six teams and five groups of five teams with 13 eventually progressing to the finals .

Those 13 will be made up of ten group winners, while ten runners up will go into the playoffs alongside the two best-ranked Nations League group winners who fail to finish top of their World Cup qualification group.

These 12 teams will then be drawn into a series of playoffs comprising of semi-finals and finals, with three teams eventually heading to Qatar.

While the Republic face an uphill battle to reach the World Cup in 2022, Northern Ireland’s prospects are even worse after they were drawn in Group C alongside  Italy, Switzerland, Bulgaria, and Lithuania.

The Republic’s World Cup qualifying campaign will kick off with double-header in March of next year before two further fixtures in each of September, October, and November 2021.