WITH MANY of us choosing to spend our holidays at home instead of going abroad this summer, the only issue now is choosing where in Ireland to go.

With so many incredible places to choose from-- the wilderness of Connemara or Kerry, the rugged Donegal coast, breathtaking beaches of Cork or bustling streets of Dublin and everywhere in between, it's difficult to narrow down the winning staycation spot.

Thankfully, if you're really struggling to pick between the dozens of popular tourist spots on the island, the results of a new survey among Irish people planning their own beach-side staycations could be just the help you need.

A survey from Lottoland and reported by Western People has shown that a majority of people surveyed have chosen the gorgeous Keem Bay in Achill Island as their favourite Irish sea-side 'resort'.

While the result isn't that surprising, seeing as Keem Bay has been named among the best beaches in the entire world by both Condé Nast and Big 7 Travel, Keem Bay was up against some other popular beaches in Lottoland's poll.

Asking their readers "With Stay-cationing still in mind, which well-known Irish seaside 'resort' would you most like to visit for the first time to soak up the sun for a well earned break?", 14% of those surveyed chose Keem Bay on Achill Island.

Galway's Salthill came in second place, with 10% planning to visit as soon as possible, followed by Bundoran in Donegal (8%) and Inch in Kerry (6%).

Next up were Inchydoney in Cork, Lahinch in Clare and Curracloe in Wexford with 5% of the vote, followed by Tramore, Kilkee, Carlingford, Ballybunion, Enniscrone and Baryleycove at 4%. 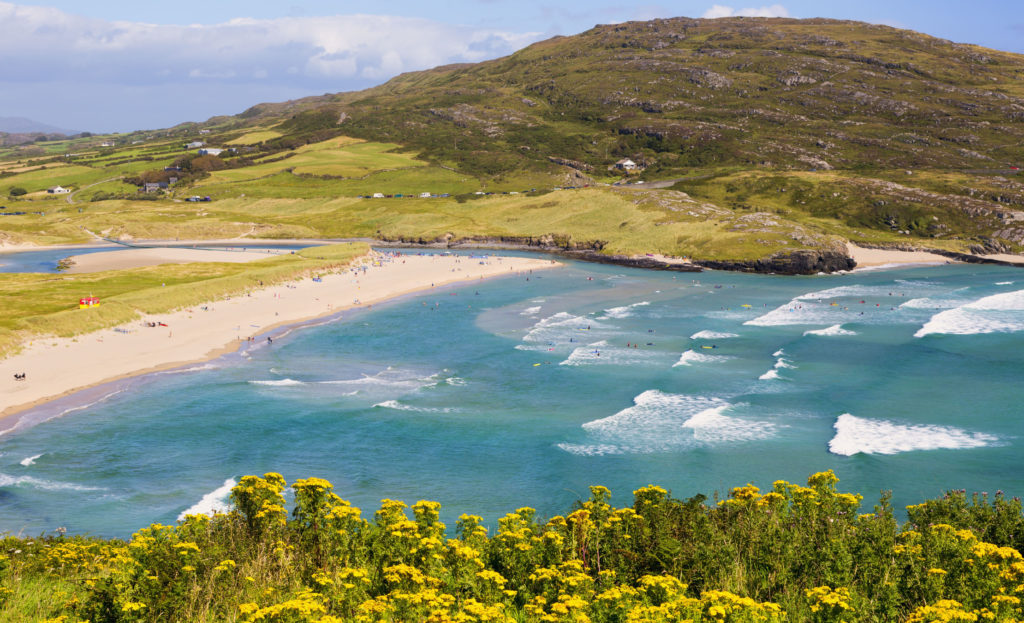 Brittas Bay, Banna and Roundstone clinched 3% while Clogherhead gained 2% of the vote.

With 2020 set to be the year of the Staycation, the rain finally clearing up and warmer temperatures returning to the island this week, it's a great opportunity to really explore our beautiful little country.