MEDICS HAVE confirmed Ireland's first case of the Zika virus in a baby girl born in Dublin.

The Zika virus is a congenital infection which can cause a myriad of severe health problems for developing babies in the womb, including microcephaly, and was declared a public health emergency by the World Health Organisation in 2016.

The devastating disease was prevalent in Brazil, and it is understood the baby girl's mother, who is herself Brazilian, was in her native country during her first trimester where she suffered from fever and myalgia.

The virus was detected in her blood at 11 weeks into her pregnancy but appeared to have disappeared by 31 weeks.

Medics writing in the June edition of the Irish Medical Jornal (IMJ) confirmed that a baby girl, born in Dublin's National Maternity Hospital in Holles Street was diagnosed with severe microcephaly, where the head is smaller than normal, at birth, but the initial examination was otherwise normal. 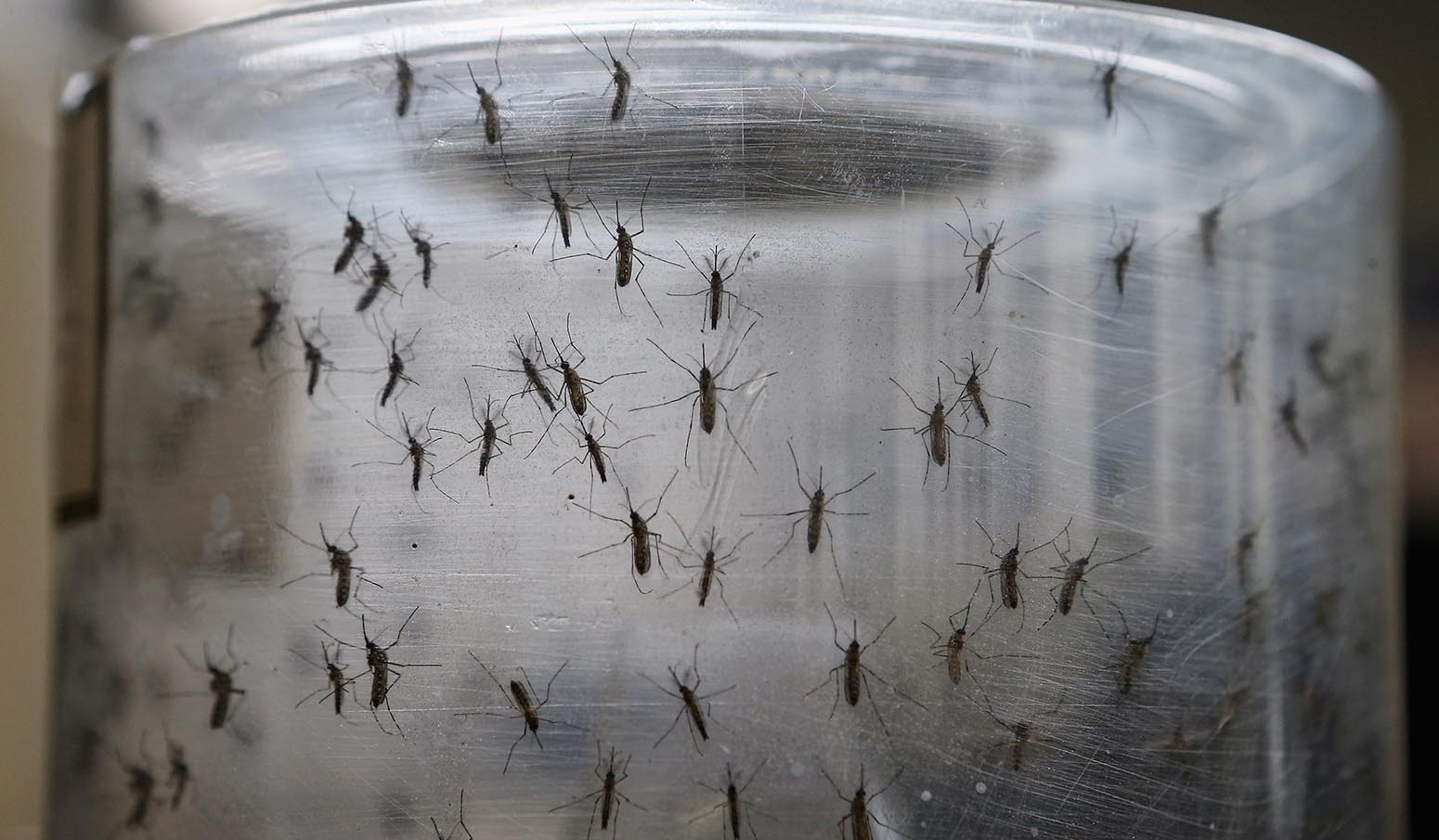 Aedes aegypti mosquitos transmit the Zika virus, which may lead to microcephaly in infants. The ailment results in an abnormally small head in newborns and is associated with various disorders including decreased brain development.(Photo by Mario Tama/Getty Images)

However, at 14 months the baby girl had developed a series of other health difficulties including epilepsy, quadriplegic cerebral palsy, visual impairment and severe developmental delay, and requires "multidisciplinary healthcare team care".

The authors of the paper noted that the baby girl herself did not test positive for the Zika virus, but the placenta did, and her many health difficulties are consistent in children who have been diagnosed with the virus.

They went on to say that the case highlights the need for "expert consultation whilst investigating possible cases" of Zika in Ireland.