AN IRISH AMERICAN couple have been reunited with a special token of love left in Ireland 26 years ago.

In 1990, 29-year-old Connecticut native Laurie McGrath buried half of a golden heart pendant in a rural corner of Co. Cork.

The necklace was given to her by her then-boyfriend, Bill McGrath, now the father of her four children and her husband of 25 years.

The couple recently flew back to Ireland for their 25th wedding anniversary, and revisited the cemetery in Castletownroche where the pendant had been buried for over a quarter of a century.

Three inches under the earth near to an old gravestone, Laurie and Bill finally found the other half of their heart.

Speaking to The Irish Post from Connecticut in the US, Laurie told of how the mission to bury the pendant in Ireland had come about all those years ago. 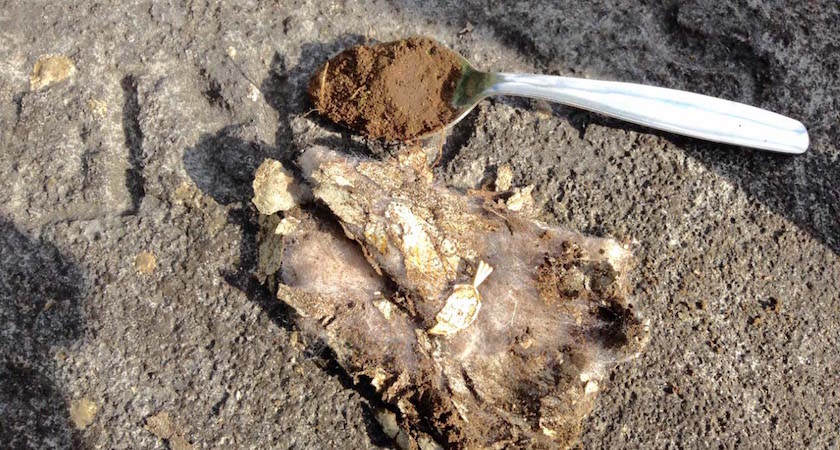 The couple dug up the heart pendant, which had been buried for 26 years

“Back in 1990 I had two Irish friends who wanted to go to Ireland, but I was saving money to go to London. We met in the middle and decided on six days in Ireland and two days in England,” she said.

“The night before I left, my boyfriend Bill got me this little gold heart that said ‘best friends’ and split into two halves. We decided to bury one half in Ireland and one day go and dig it up.

“I was ready to bury it at Blarney Castle, but then all these gardeners showed up with bulldozers and I thought ‘oh no’. It’s a good thing I didn’t because it would be buried under concrete by now. 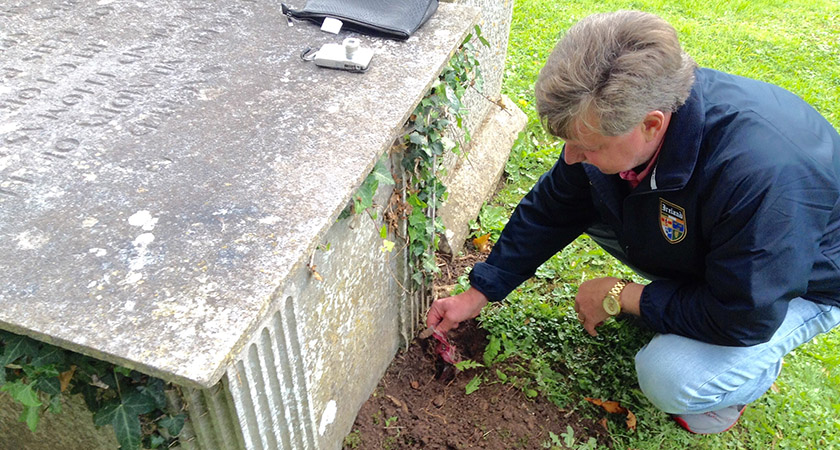 Bill McGrath digs up the pendant

“Then we tried the Cliff of Moher. I went away from the cliffs a little and started to dig, but every time I took a scoop the dirt was gone in the wind. So thanks to coastal erosion, I couldn’t bury it there either!”

After running out of ideas, one of Laurie’s friends spotted an old cemetery in the rural village of Castletownroche, Co. Cork.

“So now we were running out of Ireland. While we were driving through a small town my friend pointed out this old cemetery and it was perfect. I must admit I felt funny about it, but it was time.

“I found this raised box in memory of a priest and I buried the little gold heart about three inches down in front of it. We took pictures of the site and of me burying it. Then we finally went off to London.

After we got back to America, Bill and I ended up getting married the following year.

This year with our youngest son in college we thought: ‘Now’s the time to go back and find the heart, let’s do it.’

“We flew back to Ireland and eventually found the cemetery. We told people what we were up to and it spread like wildfire in the local area. Some people were crying. When we got back to the hotel and told them we had found it even more were crying. 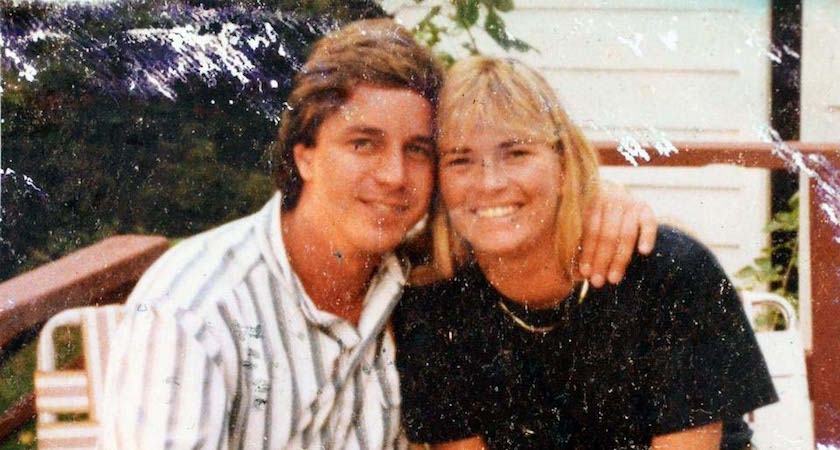 Bill and Laurie when they first met

“Nobody even let us buy a beer in the pub that night. We told a local reporter the story and now she was crying. Then from there the local papers back in Connecticut picked it up.

“Since then our phone has been ringing non-stop. We’ve already had two live news interviews in the house.”

“I think with all the bad stuff going on in the world, people really love this kind of story.”

Laurie and Bill will be celebrating their 25th anniversary on November 10, and Laurie will proudly be wearing her buried treasure.

But the mission goes on for the McGraths, with the other half of their golden heart still hidden somewhere in their home in Old Lyme, Connecticut.

“It’s around here in the house some place,” Laurie says. “Hopefully it won’t take 26 more years to find it.”