A CATHOLIC priest in Australia with Irish roots is being rightly hailed as a hero after rescuing a surfer from the clutches of a great white shark.

Fr Liam Ryan, 33, risked life and limb to come to the aid of surfer Phi Mummert, who came under attack from a four-metre great white in the waters off Bunker Bay beach in Western Australia’s south west coast.

A fellow surfer himself, Fr Ryan were enjoying some well-earned time off from his job as assistant priest at Midland parish in Perth, when the incident occurred.

After spotting the 28-year-old Mummert being mauled just a few metres from where he was swimming with close friend Jess Woolhouse, Fr Ryan wasted little time in paddling over to help his fellow boarder.

By then, the shark had already bitten a huge chunk out of Mummert’s surf board and had also sunk its teeth deep into his upper leg.

Incredibly, the injured 28-year-old was able to summon the strength to fight off the shark using a chunk of his damaged board and his bare fists.

However, even then, he may well have died were it not for the presence of the Catholic Priest, with Father Ryan’s cries for help eventually catching the attention of another surfer, Alex Oliver. 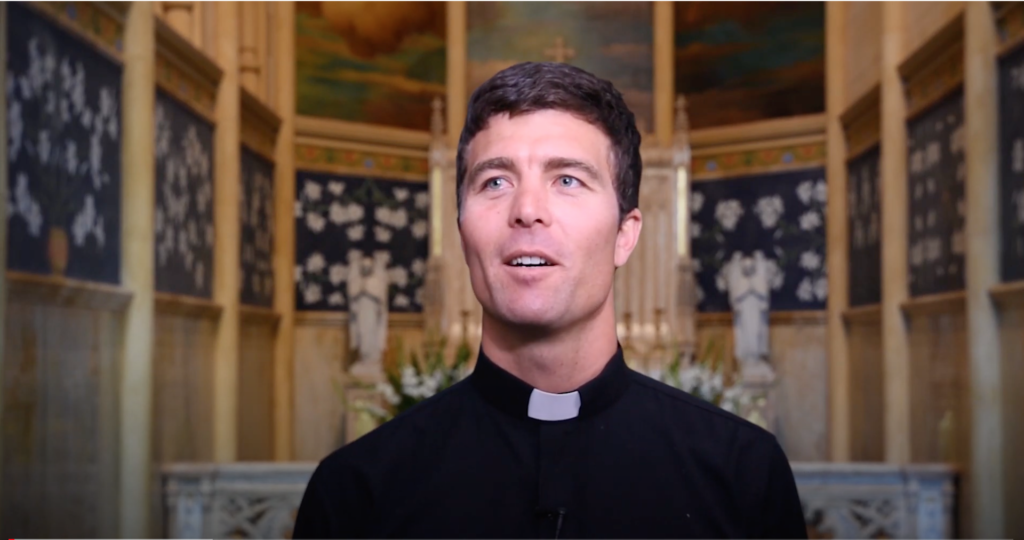 Together, they all helped the bloodied Mummert to shore where he received immediate treatment on his wound and was transported to a nearby hospital.

Commenting on the rescue, Mummert’s partner, Misha Wright, was full of praise for Fr Ryan’s selfless and incredible brave actions.

“Not only did he risk his own life to help save Phil’s, he then sprinted all the way to the end of the beach (about one kilometre) to tell me what happened and got everyone else out of the water,” she said on Facebook.

“I honestly don’t know how a person can see a total stranger getting attacked by a four metre great white shark and swim towards to save him so we are beyond grateful to everyone that helped save Phil’s life.”

Mummert has made a good recovery since and has spoken of his gratitude to Fr Ryan for the bravery he showed.

“They risked their own lives to come and help me out,” Mr Mummert said.

“I wouldn’t be here today without them.” 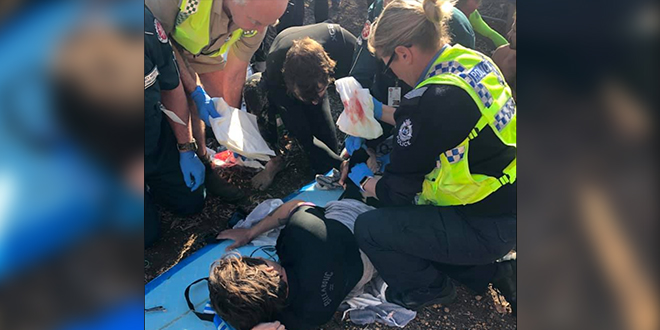 The second of ten children, Fr Ryan grew up in a tight Catholic family where surfing and religious were part and parcel of everyday life.

And while there are plenty of people eager to hail him as a hero, this ever-humble priest is keen to give credit to God.

“There’s something deep inside you that wants to help,” he says.

“Christianity is built on that principle of someone giving their life for you.”

“You come face to face with what would be one of the greatest fears for a lot of people, a lot of surfers… but what gives you strength in that moment is the grace of God.”

“I feel grateful for where God has taken me, I don’t know what else he has in store.”